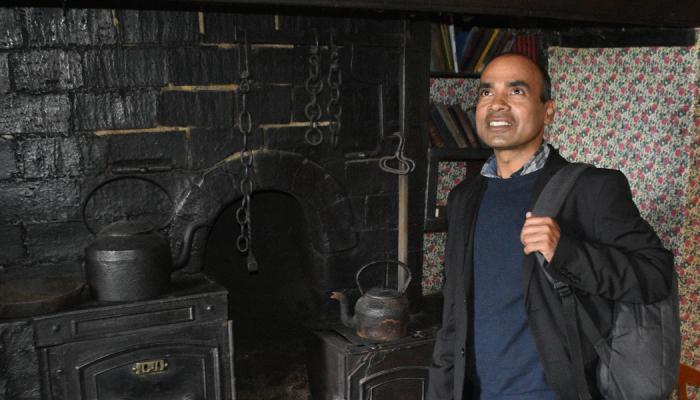 Poet Anisur Rahman visited Wales last week and met the National Poet of Wales, Ifor ap Glyn who took him on a literary tour in Gwynedd. Anisur Rahman is originally from Bangladesh and now lives in Sweden and was a guest of the community literature company write4word when he visited Wales.

Anisur Rahman is a poet, writer and journalist from Bangladesh.  He was ICORN writer of refuge in Uppsala between 2009 and 2011 and is now the project developer of Litteraturcentrum Uppsala: a cooperation between Studiefrämjandet (an NGO for the promotion of culture and informal learning), the region and municipality of Uppsala, the libraries, Swedish PEN, the civil society and literary enthusiasts.

Anisur was visiting Wales for a week to develop the literary exchange and translation links that have been built between Wales and Sweden and the Bangladeshi diaspora over the last eight years. He is planning to create an axis of literary exchange between Europe, Asia and Africa through his established connections in Wales, Sweden, Kenya and Bangladesh. Anisur has recently been involved in the translation into Welsh of the UNESCO acknowledged Bangabandhu speech by the Founding Father of Bangladesh.

Anisur Rahman met Ifor ap Glyn and visited Yr Ysgwrn and Tŷ Newydd Writing Center. Ifor had visited Sweden as part of the 2018 Tranas at the Fringe festival with write4word. 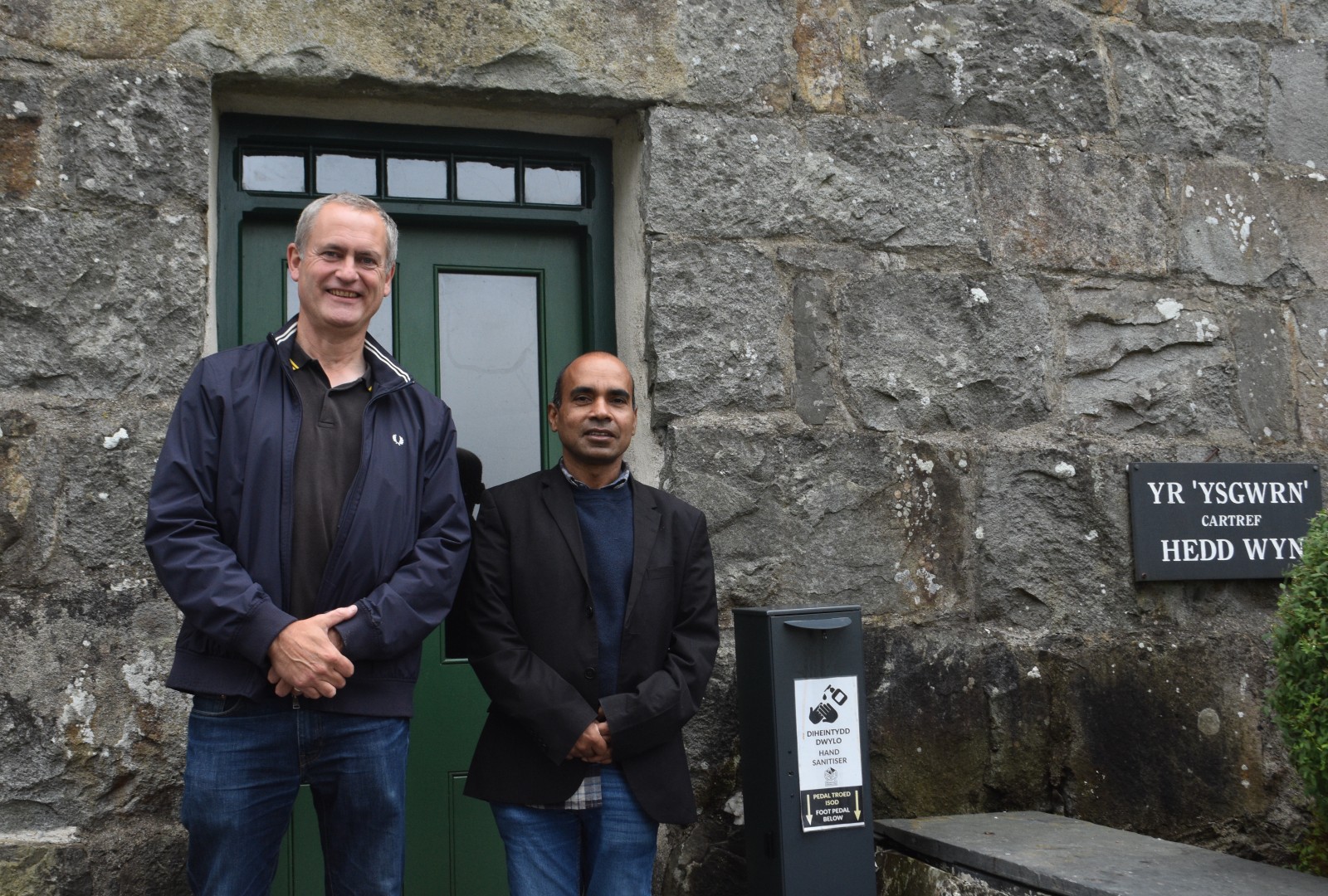 To mark Anisur Rahman’s journey to Wales, the National Poet of Wales, Ifor ap Glyn, translated his poem Poet in Residency into Welsh:

One cannot find poets in residency in schools, libraries and literary seating

They phrase the cheers and long-drawn sigh in life and

If any one of you ask about me in Uppsala

You will know, this is the poet in residency in Uppsala

I must say: Anisur Rahman is not poet at all

Just an image of a bird in the storm

The bird finds its shelter in the palace at stormy night

The bird waits just for dawn, afterwards of the storm…