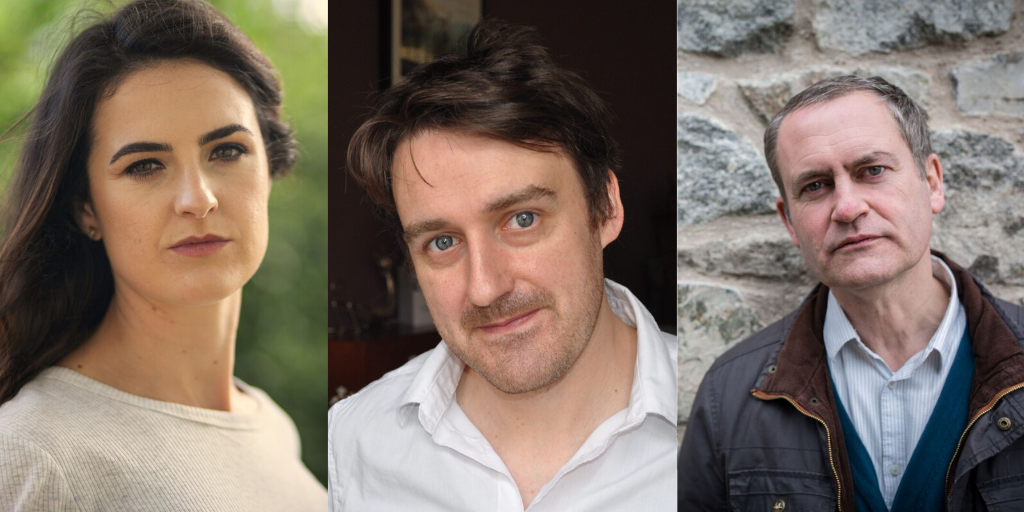 “And a stool will stand sooner on three legs than one”

Bàrd, File, Bardd is a new digital poetry collaboration which brings together poets from Scotland, Wales and Northern Ireland to share and explore the links and dynamics of the Welsh, Irish and Scottish Gaelic languages. The title combines the word for ‘poet’ in the three featured languages.

The fruit of the collaboration is a collection of nine new video poems exploring contemporary themes written and performed by three poets, one from each country.

The poets collaborating on the project are National Poet of Wales Ifor ap Glyn, Dublin City University Writer in Residence and Ambassador for Áras na Scríbhneoirí Ciara Ní É, and the writer, broadcaster and lecturer at University of St Andrews Pàdraig Mac Aoidh.  During their collaboration, the three poets have explored the different perspectives of the Welsh and Irish and Scottish Gaelic languages. Their work also explores identities and how these languages continue to evolve and adapt to the modern world.

The poets held a series of digital workshops, supported by the Belfast based cultural and language centre, Cultúrlann McAdam Ó Fiaich.  The workshops focused on the idea of “mother tongues”, and what this means to people from various language communities, particularly within a bilingual context. The poets were commissioned to write three poems each following the workshops, and have worked with award-winning multi-media director Ian Rowlands, video editor and composer Jason Lye-Phillips and animator Pól Maguire to create the videos.

Inspired by last year’s UNESCO Year of Indigenous Languages, the project was originally developed as a live show with the intention of touring venues and festivals at the respective countries, but took a digital dimension due to the Covid 19 pandemic.

The poems can be seen below with a choice of Irish, Scottish Gaelic, Welsh, Scots and English subtitles. They will be released individually from 1 October 2020, National Poetry Day to 13 October.