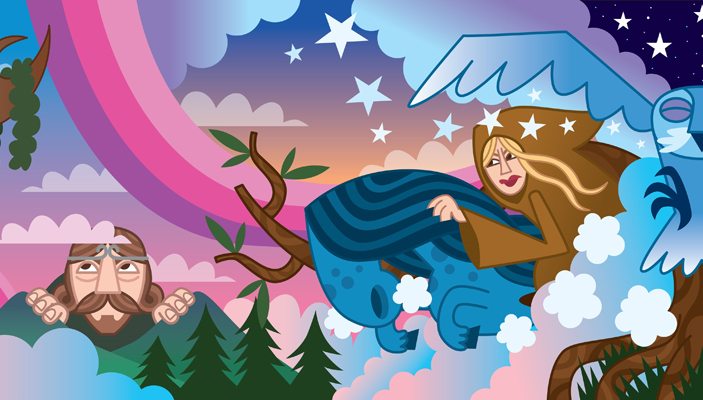 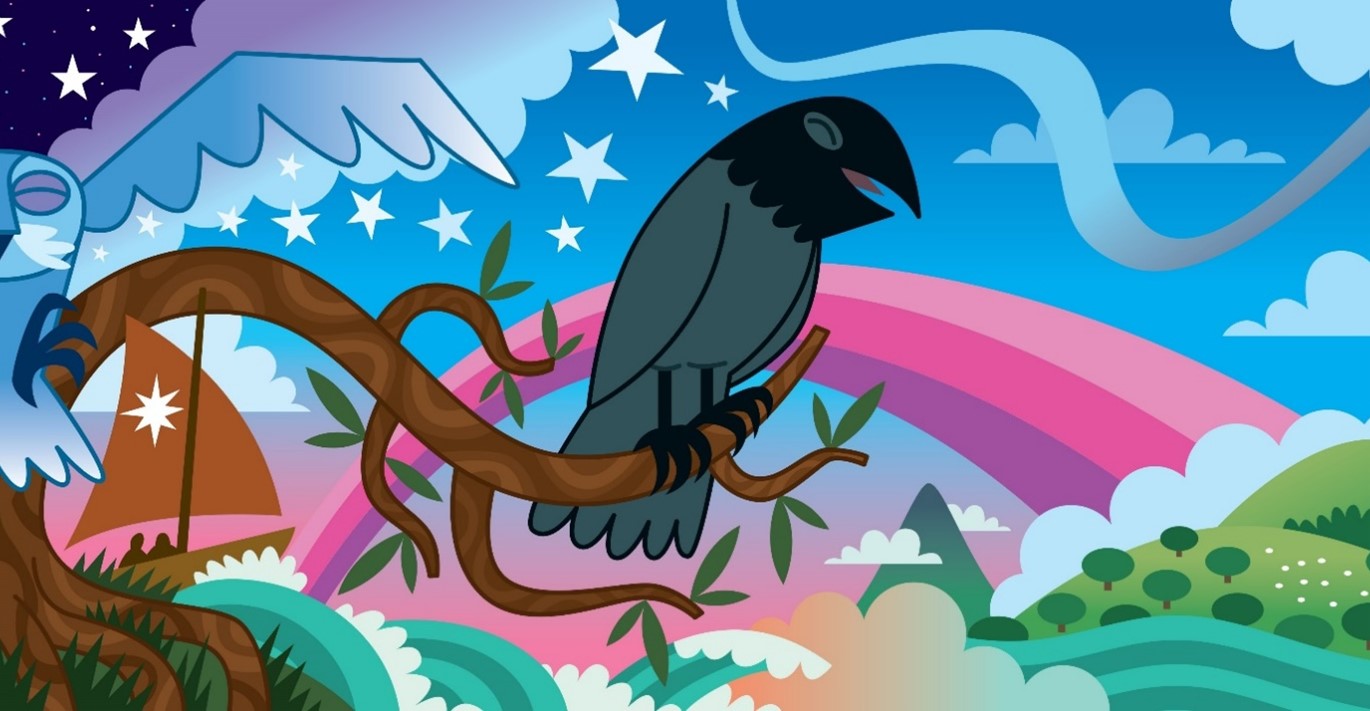 Stopping at six Cadw sites in Conwy, Gwynedd, Caerphilly, Carmarthenshire, Swansea and Torfaen, Pete and the guest writers worked with local community members to create new works of art based on wonderful tales from nearby.

Eye-catching murals by Pete and new literary retellings have been installed at each location, drawing on all things creepy, haunting, tragic and mystical – see http://www.landoflegends.wales/theme/weird-wonderful-wales for more information on the tour.

To celebrate Weird & Wonderful Wales in the heart of our capital city, the tour culminated in the installation of a stunning 50ft high mural on the Grade II listed Water Tower at Cardiff Central Railway Station.

The mural comprises images from Welsh myths and legends, particularly inspired by The Mabinogion; the ancient oral stories of Wales which were written down in the Middle Ages. We have the giant Bendigeidfran (‘Blessed Crow’) – King of Britain – who fought the Irish and whose severed head talked to his men for eighty-seven years. We have the maiden Blodeuwedd, who was conjured from flowers by two magicians as a wife for Lleu, but was transformed again into an owl as punishment for trying to murder her husband. There is the goddess Rhiannon, whose horse-riding skills far surpasses those of the best horsemen of Pwyll, Lord of Dyfed. There is the noble stag, slain by the ghostly hounds of Arawn – Lord of Annwn (the Otherworld). And we have the crow, which features throughout the stories as a harbinger of death.

Its vivid graphics celebrate and showcase the mythical past of Wales, providing visitors and residents with an eye-catching mural asserting Wales’ contemporary creativity. The mural has been in place since 2018 and has greeted visitors to Cardiff from all across the globe.

Limited edition prints of the Water Tower Mural, signed by Pete Fowler, are available from https://www.literaturewales.org/product/water-tower-mural-framed.

This project is in partnership with Allotment Creative Development Services, Cadw, Network Rail, Arriva Trains Wales and Gardners. It was funded by Cadw, the Welsh Government through the Visit Wales Tourism Product Innovation Fund in support of Year of Legends 2017, the Foyle Foundation and FOR Cardiff.