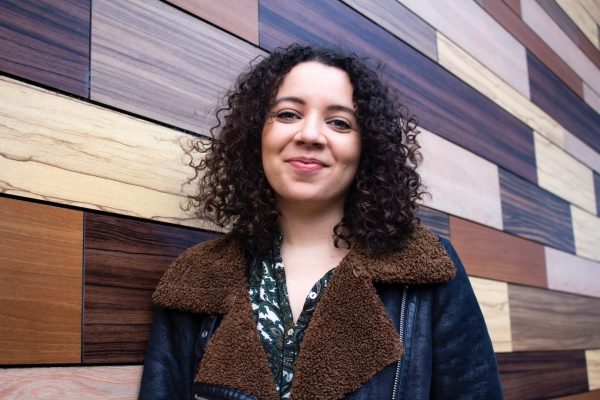 As the world marks Earth Day 2021, the Future Generations Commissioner Sophie Howe, in collaboration with Literature Wales and Wales Arts International, have announced that Taylor Edmonds is their new poet in residence.

The Well-being of Future Generations Act puts a responsibility on public bodies, including Welsh Government, to take action that will not only benefit people today, but people not yet born.

It requires policy-makers to think about the long-term impact of their decisions, work better with people, communities and each other, and to prevent persistent problems such as poverty, health inequalities and climate change.

The legislation made Wales the first country in the world to include culture in its definition of sustainable development – placing value on the power of art to improve a person and community’s well-being.

Taylor, from Penarth, is the commissioner’s second poet-in-residence, in collaboration with Literature Wales and Wales Arts International, after Rufus Mufasa completed her post in 2019.

The 26-year-old poet and creative facilitator whose work explores themes including womanhood, queerness, empowerment, connection, magic and folktales, and nature, was born and grew up in Barry – she recorded a love letter to her seaside hometown in a BBC Sesh video entitled Home Survives Hate.

Her year-long collaboration with the Future Generations Commissioner will see the young poet finding new ways to communicate the goals of the Act, one of which is a Wales with a vibrant culture and thriving Welsh language, and some of its work. The theme for this year is ‘Wales to the World’ – highlighting the importance of the Well-being of Future Generations Act’s vision and Wales’ role in the world.

Taylor said she wanted to produce poems that were ‘hopeful and immersive, with a focus on joy and empowerment for Welsh communities’.

“I’m looking forward to exploring how poetry can help create a better world for future generations – at a time when we’ve been forced to think about the future in a way we never have before,”

A member of Where I’m Coming From, a platform for underrepresented writers in Wales, Taylor studied creative writing at the University of Gloucester and Cardiff University and received the Literature Wales’ and Firefly Press’ 2020 Rising Stars Award.

She said she was inspired to become a poet after discovering Somali-British writer, Warsan Shire, and she cites other favourites as Vietnamese-American poet and novelist Ocean Vuong, and writer and civil rights activist Audre Lorde.

“I was the child curled up in the corner reading at family gatherings, and sharing early poems on Tumblr,”

‘Writing has helped me navigate challenging times in life and given me the confidence to be secure in my voice and identity. Poetry can be a great source of comfort and connection – it reminds us that we’re not alone.

“Writing is powerful – for self-expression and well-being and as a way of communicating experiences and raising awareness of important issues.”

“The Well-being of Future Generations Act offers a huge opportunity for long-lasting, positive change to current and future generations in Wales and one of those ways is through using culture as a driver for change.

“Poetry has a power to make people listen and we think Taylor’s is the perfect voice to communicate with empathy and urgency, some of the issues facing people in Wales.”

Earth Day, the international day of environmental action, is this year themed Restore Our Earth and takes place on Thursday, April 22.