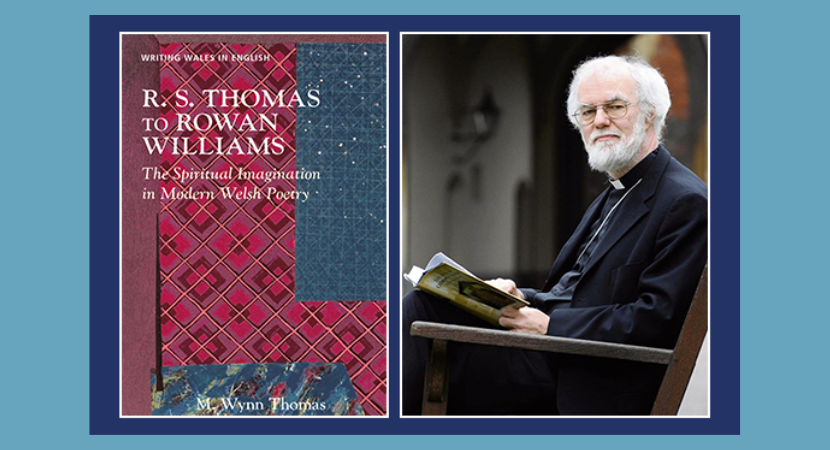 Dr Rowan Williams in conversation with Professor M. Wynn Thomas, with an introduction by the Rev. Dr Barry Morgan

“Slowing the Metabolism of Language”: ‘Poetry as Spiritual Practice’

With an introduction by the Rev. Dr Barry Morgan

Dr Rowan Williams was born in Swansea and educated at Dynevor School before studying Theology at Cambridge and researching in Russian religious thought at Oxford. He taught in both universities and in 1992 became Bishop of Monmouth. In 1999 he was elected Archbishop of Wales and in 2002 became Archbishop of Canterbury. After retiring from this office, he was Master of Magdalene College, Cambridge until 2020, when he retired to Cardiff. He has written widely on theology, literature and current affairs. His Collected Poems appeared in 2021, and he has recently published an anthology of modern religious verse, A Century of Poetry.

Professor M. Wynn Thomas is a Fellow of the British Academy, Founding Vice-President of the Learned Society of Wales, an Honorary Fellow of the Coleg Cymraeg Cenedlaethol and Wales’ leading scholar on Welsh writing in English.