Poems from the Mothertongues poets 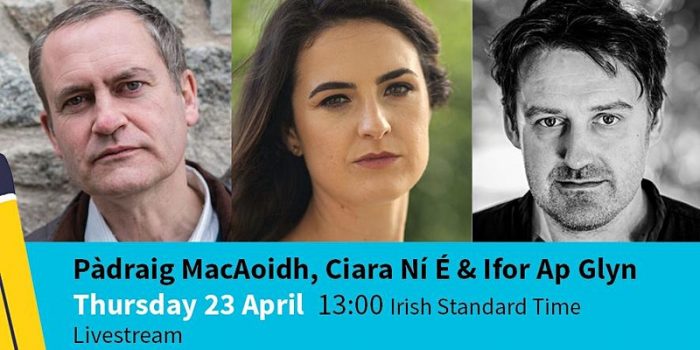 To celebrate Poetry Day Ireland 2020, we’re delighted to share the poems read aloud by Ciara Ní É, Ifor ap Glyn and Pàdraig MacAoidh from the Mothertongues event, for Cuirt Festival, Galway last week.
Read and revel in the poems below and to hear them in their mother tongue watch the video here