Cymraeg Contact
HomeNewsKeys to the Future: A new poem by the Children’s Laureate Wales explores the effects of technology on children’s mental health 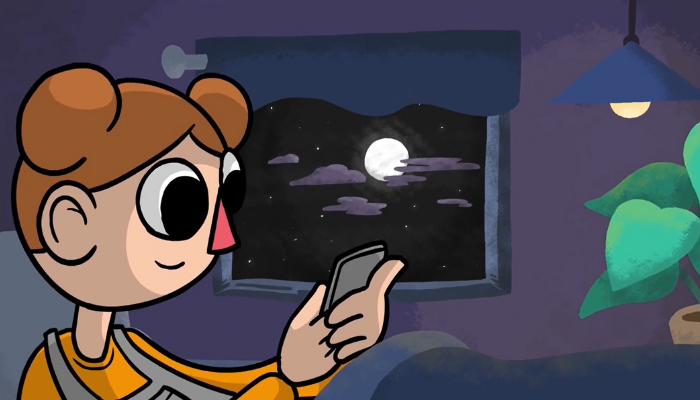 To note today World Mental Health Day today, October 10, 2022, it is a pleasure to share a new poem and animation written by the Children’s Laureate Wales, in partnersip with The Royal College of Psychiatrists in Wales. The poem, Keys to the Future, was inspired by a series of poetry workshops on the effects of technology on children’s mental health.

The poetry workshops took place in two Cardiff primary schools in April 2022 following online debates on the topic organised in the schools by The Royal College of Psychiatrists in Wales together with Technology Enabled Care Cymru. During the workshops, Connor encouraged the pupils to express and take ownership of their opinions by writing their own poems.

Following the workshops, one of the teachers said:

“The children have learnt so much about poetry and themselves… It’s nice to see children who sometimes struggle in class actually get involved and enjoy literacy.”

The series of workshops and the children’s responses inspired a new poem by the Children’s Laureate, titled Keys to the Future, which has been adapted into an animated video and released today on World Mental Health Day, October 10, 2022.

Watch the animated video of ‘Keys to the Future’ below:

The poem was animated by Cardiff-based graphic designer and illustrator, Ross Martin who was selected through an open call-out.

“It’s vital that young people can be supported to have open discussion on topics that are important to them. ‘Keys to the Future’ reflects the views of young people, and their relationship with ever changing technology.

Through the Children’s Laureate, and Literature Wales’ support, the young people have further expressed their views with such creativity. It has been fantastic to see and has helped bring the topic of the impact of digital technology on mental health to life.”

‘Keys to the Future’ embraces the range of opinions voiced during the workshops and highlights how technology can an isolating and unifying force in young people’s lives. The effects of the COVID-19 pandemic on children’s well-being and their use of technology were recurring themes in the workshops which offered an emotional outlet and a platform to voice their opinions on the world they live in. ‘Keys to the Future’ is essentially a celebration of the power of creativity and the positive effects it can have on an individual’s well-being, be it used through a screen or outside in nature.

If you have any project or collaboration proposals, please email childrenslaureate@literaturewales.org or phone 029 2047 2266.