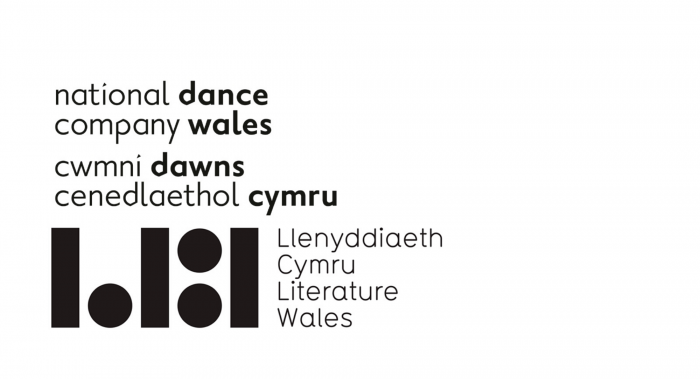 This blog is written by Marvin Thompson as a part of Plethu/Weave, an digital cross-artform project by Literature Wales and National Dance Company Wales.

I am a poet of Jamaican parentage. Originally from Tottenham, London, I now live in mountainous south Wales.

In June 2020, I wrote my poem ‘Triptych’ as a response to a plaque in Brecon south Wales. The plaque, unveiled in October 2010, honours the slave trader, Captain Thomas Philips. This public memorial, which has since been torn down, was an insult to the millions of people who suffered and died during the transatlantic slave trade.

At the start of our Plethu/Weave collaboration, I shared ‘Triptych’ (which also highlights my Christian beliefs) with Ed Myhill, the musician and dancer I was partnered with. I was nervous. What if Ed was uncomfortable with topics of race and identity that I often write about? Was I capable of writing a new poem for our collaboration that did not reflect my desire to make Britain a more welcoming place for my Dual Heritage children and step-children?

Ed, who is of White British heritage, emailed me about ‘Triptych’. Reading the first few lines of his correspondence, I acknowledge my own prejudices. I would not have been so anxious if I was working with an artist of colour. Such an artist may have had a similar skin colour to me. However, who is to say they would have wanted to produce art so closely focused on issues of racism?

As I read Ed’s email, I learnt that he been moved by ‘Triptych’. In fact, he had found part 1, an open message to Brecon Town Council, particularly poignant. To quote Ed: ‘I’ve been to Brecon many times and wasn’t aware of this [plaque] and it partly shocks me but also doesn’t considering the many similar instances across the UK.’ Our poem was chosen.

During one of our initial Zoom meetings, Ed expressed reservations about working with our chosen poem. As a White creative, it was the first time he had wrestled with the theme of colonial racism and its legacies. He wondered whether he was the right person for the job. Ed’s key question was, ‘Considering the emotive power of your poem, why am I dancing?’

Ed’s question gets to the heart of why I found it such a pleasure to work with him. He is a deeply thoughtful and imaginative dancer and musician who was fully aware that his White body may be visually problematic when set alongside my words.

In the context of a public film, we felt the following lines needed to be handled with care:

…should I also read

the captain’s Voyage Journal to my children

and teach them they are indeed picaninnies with watermelon smiles, children

or nigger and owe all to Wilberforce?

We agreed that my face should appear on screen to accompany the n-word. Ed understood the rule that, under almost all circumstances, only Black people are allowed to use the n-word. We also discussed the deep hurt caused when a White reporter used the n-word as part of a BBC news broadcast. The last thing we wanted was for our creative work to be overshadowed by controversy.

It should be noted that, during the final stages of post-production, Literature Wales and National Dance Company Wales decided to add a content warning to our video. Both Ed and I agreed that this was appropriate.

Ed’s initial footage of his dance/movement in a cornfield and his soundscape remix of my poem were inspiring. His concept of dance often being a response to language, rather than music, was a revelation. I was also inspired by Ed’s choice of film setting. The cornfield served as a visual metaphor for the sugar cane and cotton fields of Caribbean and American plantations. My belief in our artistic vision pushed me to new heights of creativity.

Because ‘Triptych’ is a sestina poem,  certain words are repeated throughout the text. One of these repeated words is ‘sea’. Consequently, I recorded my footage in the sea at Dawlish Warren. The waves strengthened my connection to my poem’s emotional content.

Knowing that film editing is a creative process where new ideas flourish, I gave myself the freedom to explore the quirkier side of my nature. Something in the poem’s message moved me to cover my body in wet sand. Mud. It was less about the quote, ‘a mouth drying to mud’ but more about transforming myself into something that was no longer seen as human. A monster. A slave.

My belief in Ed’s creative choices meant I was happy for him to edit our film with minimal input from me. The final edit further highlights Ed’s sensitivity to the complex nature of the themes we explored.

For example, in the film, my narration of the word ‘slave’ is coupled with a shot of Ed crouched down with his arms spread. At this point, his White body is a reminder that the transatlantic slave trade is only one manifestation of slavery. It is perhaps the most famous due to its industrialised nature and its legacy that exists in today’s anti-Black racism. However, throughout history, people of all skin colours have been subjected to enslavement.

Moreover, as a visual accompaniment to my narration of the n-word, Ed chose a low angle shot from my chest up. This shot imbues my Black body with power. In this scene, I am also wearing a Black t-shirt (as opposed to a bare chest that is seen in other parts of the video). These visual elements amplify the potency of a Black person using the n-word to challenge the horrors of Britain’s colonial past. In this specific situation, I believe Ed and I have transformed the n-word into a word of defiance.

Furthermore, our choice of natural and agricultural landscapes invites viewers to grapple with the theme of ecological destruction. Humans’ focus on the environment as an economic resource mirrors our treatment of enslaved people. In both cases, the spiritual dimensions of human existence are ignored in favour of profits. Sorrow rules.

The overarching theme of the Plethu/Weave project is harmony. The video that Ed and I have created embodies this concept: a Black poet and a White dancer and musician working in artistic harmony. I am honoured to have collaborated with someone who was eager to take artistic risks.

In an email, he wrote, ‘I feel like this [film] really has purpose and I believe in what we’ve done! Thank you!’

You can view Marvin and Ed’s short film, Triptych, below: