On the Path to Publication 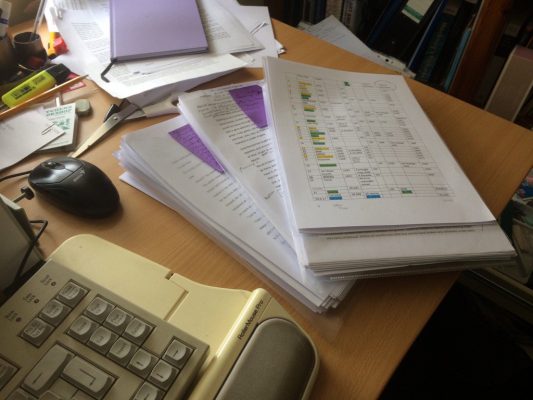 Perhaps every author looks back over the journey towards a book, which is seldom brief or without twists and turns. I wrote a blog for the Literature Wales site back in 2017 at the start of my Bursary period so it’s lovely to catch up now near the publication  by Seren Books of A City Burning, 26 short stories set in Wales, Northern Ireland and Italy.

The practice of creative writing, it seems to me, is made up of the personal and the public. The intimate world of the imagination comes first – the inner prompting and attraction towards telling one story rather than another; the swirl of potential ways into the telling; the tentative exploration of an idea on the page; the perseverance through drafts. These are largely in the domain of the individual writer. But then comes the need for a reader − a properly critical reader − to sharpen the focus and hone the expression, and, from then on, out we go into the ever-widening world of attempts at publication and the backwash of response, criticism and sales, or the lack of them.

In my own case, receiving a Literature Wales Writer’s Bursary was very important in the creation of my book. Obviously, the cash element is central to any bursary as an enabling factor. In my case it covered travel and accommodation expenses, crucially. However, to me, the endorsement factor was also very important. Because the application process requires the demonstration of capacity and commitment; because it is evidence-based, through submission of existing work; because the submissions are judged by people, who’ve walked the walk – who are writers − the award of a bursary is very encouraging. It says, to the writer and to others, ‘We believe you can do it.’

This encouragement mattered a lot to me. I had had a long career as a tv producer, working also in feature film. I knew how tough markets are to break into. I knew the ropes of the media world but the publishing world was not one where I had a profile or contacts. I knew the pathway to a tv series but not to a book. But I did appreciate, from countless hours in editing suites, the value of a good editor and of collaborating with the editing process, that losing something good in order to gain something better, no matter how painful the cut in the short-term.

One of the most important bits of help for me, therefore, was the Information and Advice page in  the For Writers section of the Literature Wales site. The Welsh Book Trade Info page from the Welsh Books Council carries important pointers, including a list of professional editors. Part of the Bursary went towards my work with Gwen Lloyd Davies, editor of New Welsh Review. I had assembled a pile of stories and continued to write more but I had not conceived a collection, something that hung together as a work in itself. I was too close to the material to be able to grasp, at that stage, what I was in the process of creating, or what it could go on to be. Gwen put her finger on weaknesses and strengths within the texts but also took an overview which allowed me to see, suddenly, what I had created. It was a shock.

I’m not that kind of person! That was my immediate reaction. But Gwen’s case was unanswerable. There was the evidence staring up at me from all those pages on my desk – pages about people pushed to a limit; about conflict, cruelty, hypocrisy and (most surprising to me of all) about witness. She pointed out that many of the protagonists are witnesses to something so destabilising that they are forced to make a choice that will define who they are: do they protest or conform? The confrontation with collapse of the status quo – I was demonstrating that I knew a great deal about that. Although briefly destabilised myself, I realised the value of this insight. Now I could see the whole – the collection − as well as the parts – the stories. And I could appreciate the role within the stories of other elements that Gwen highlighted for me such as control of tone, from the forthright to the lyrical; accuracy of voice and the use of humour. She also has a good eye for sentimentality – effects that the writing has not earned but attempted to achieve through cheap means.

This overview was enormously helpful as I went ahead in writing and re-drafting. Now I knew where I was going. So this book would never be ‘beach-reading’ but it would, hopefully, be true to itself. Gwen and I worked by post, sending packages to and fro in the post We set deadlines and kept to them. Just like in an editing-suite. That business-like approach suited me. Gwen eventually published one of the stories, The Road in issue 117 of New Welsh Review. It is now the opening story of the collection.

This process resulted in a serviceable typescript − a respectable offering for an agent or publisher. The Literature Wales Writer’s Bursary enabled me to get to that stage. I’m grateful and recommend it to writers.