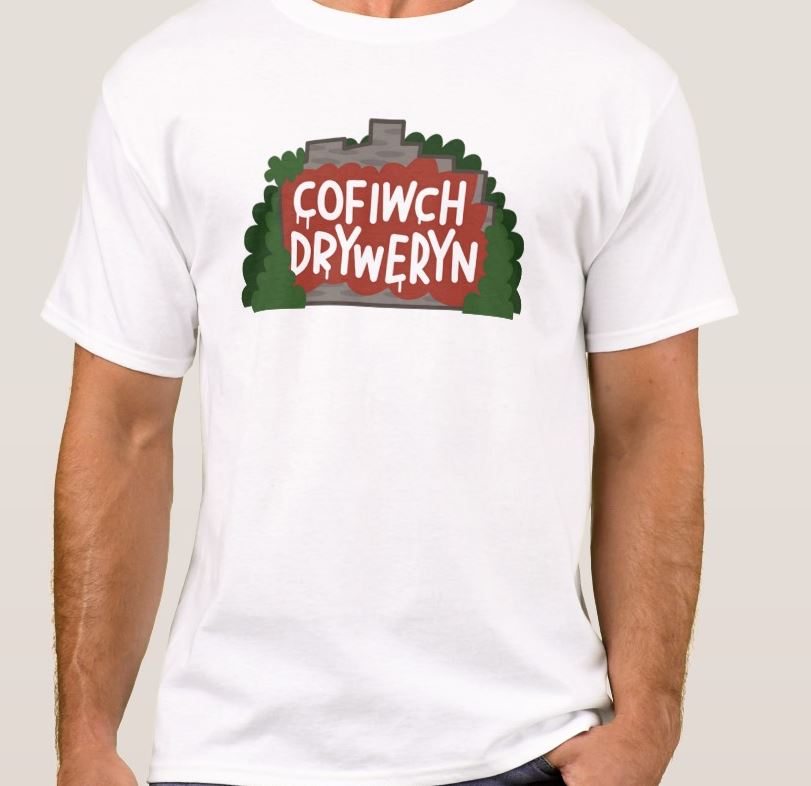 A white t-shirt of the Cofiwch Dryweryn graffiti by world renowned artist Pete Fowler (best known for his collaborations with the Super Furry Animals).

The iconic graffiti was painted in protest to the compulsory eviction of the village of Capel Celyn so the valley could be flooded by the new Tryweryn Reservoir, built to provide water to Liverpool. It has since become a symbol and a slogan for the Welsh language and has been recrafted many times following acts of vandalism against the monument.

Profits from the sale will support Welsh literature, for example the Platforming Under-represented Writers Scheme.

There are no reviews yet.

Be the first to review “Cofiwch Dryweryn T-shirt” Cancel reply