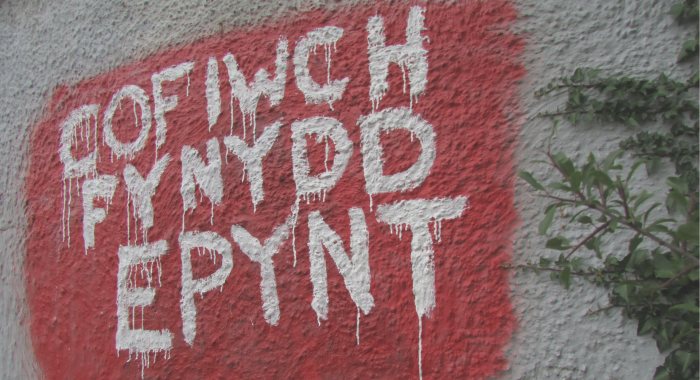 80 years ago to this month, in June 1940, the agricultural community of Epynt, Powys was cleared so that the Ministry of Defence could requisition the land for artillery practice.

The clearances were said to be a part of the war effort at the start of the WWII. More than 200 men, women and children had to leave their homes. Their Welsh-speaking community was destroyed, displaced and were not compensated.

This is a poem by National Poet of Wales, Ifor ap Glyn, commissioned by Literature Wales to remember the community of Epynt.

(In June 1940, 219 Welsh people were turned out of their homes on the Epynt to create a firing range. The school at Cilieni and Babell chapel were closed; 54 farms were lost- a whole community…)

till the soil at Llwynteg- ucha,

Epynt’s the haunt of artillery now;

a red flag of warning flutters

where a white sheet in a field would call a neighbour once,

before the Christmas matins any more;

stable-lamps will not write their paths

For the ploughshares were beaten into swords

and pruninghooks made into spears,

at Carllwyn and Llwyn onn…

But though that forgotten threat

continue tilling our memories from afar,

and we’ll sing in our tabernacle of testimony,

To read more poems written by Ifor ap Glyn during his time as National Poet of Wales, click here.