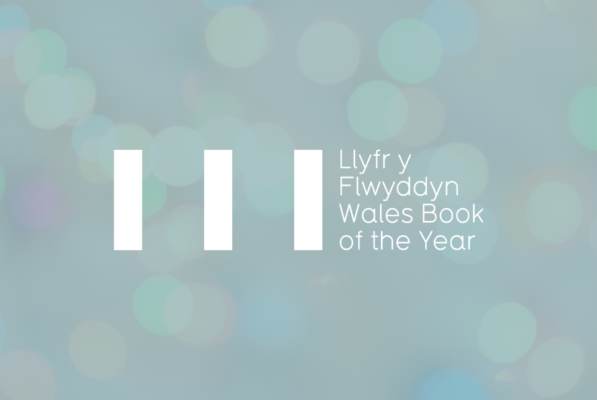 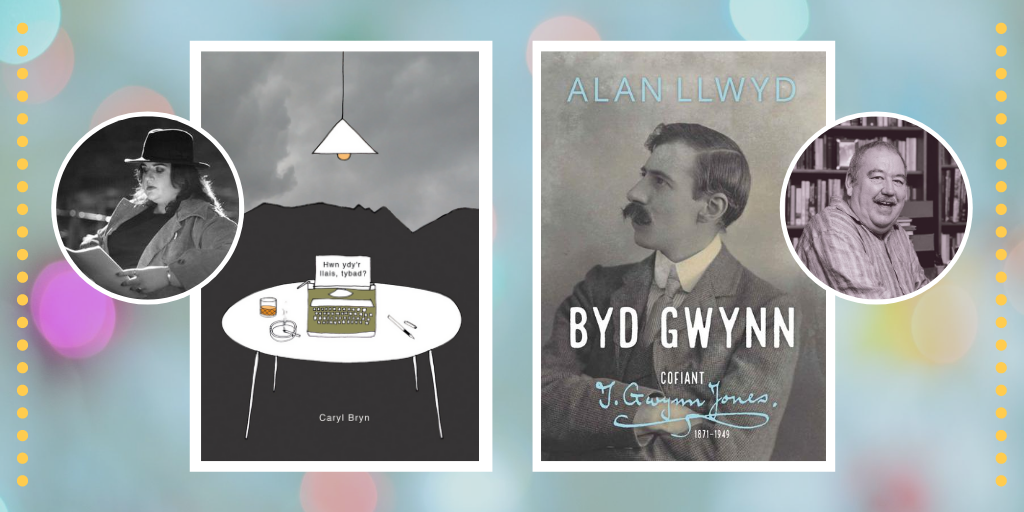 The Welsh-language winners are announced over a series of broadcasts as part of BBC Radio Cymru, Radio Cymru 2 and BBC Cymru Fyw’s AmGen festival of culture and music. Both category winners were announced on a special edition of the Stiwdio programme at 7.00 pm on Thursday 30 July where presenter Nia Roberts was joined by judges Emyr Lewis and Betsan Powys.

Both Caryl and Alan receive a prize of £1,000 and a specially commissioned trophy, designed and created by the artist Angharad Pearce Jones. Both are also competing for the Golwg360 People’s Choice Award and the Overall Welsh-language 2020 Wales Book of the Year Award, which will both be announced on another edition of the Stiwdio programme broadcasted between 12.30 – 1.00 pm on Saturday 1 August.

Hwn ydy’r llais, tybad? is Caryl Bryn’s first poetry collection. It’s a collection that searches continuously – from last night’s bubbles to the morning’s ashes; through Bangor Uchaf’s windows, Liverpool’s train platforms, and the beaches of west Wales. It’s a collection that deals skilfully with grief, love, and youth. Here are pieces of literature that stay in the mind and make us wonder.

Caryl Bryn is originally from Porth Amlwch on Anglesey but has now settled in Caernarfon. Hwn ydy’r llais, tybad? was published by Cyhoeddiadau’r Stamp in 2019. She took on the Literature Wales Her 100 Cerdd challenge in 2018 and was chosen to receive the Gerallt Scholarship in 2019, to attend a Cynganeddu course at Tŷ Newydd Writing Centre. In the same year, she came third for the Crown at the Urdd Eisteddfod in Cardiff. Caryl is a frequent contributor to Y Stamp, Barddas, and Barn magazines, and enjoys socialising and spending time with her cat, Grês Elin, in her spare time.

2019 marked 70 years since the passing of the poet, writer, and scholar T. Gwynn Jones. Byd Gwynn is a comprehensive memoir of the Chaired poet, where the author explores his extraordinary and complex character. The book discusses his upbringing and family, his creative works of all forms, his education, and influences. This memoir is written by a poet about a poet and T. Gwynn Jones is looked at for the first time with the eye, experience, and expertise of a poet. Significant attention is given to praise his novels and modern ideas about the period’s politics and society, as well as an extended discussion on his poetry and development. Presented here is a thoroughly researched, renewed portrait of T. Gwynn Jones.

Drawing the Word: free workshops for disabled writers and artists

Wales Book of the Year 2021: Open for submissions