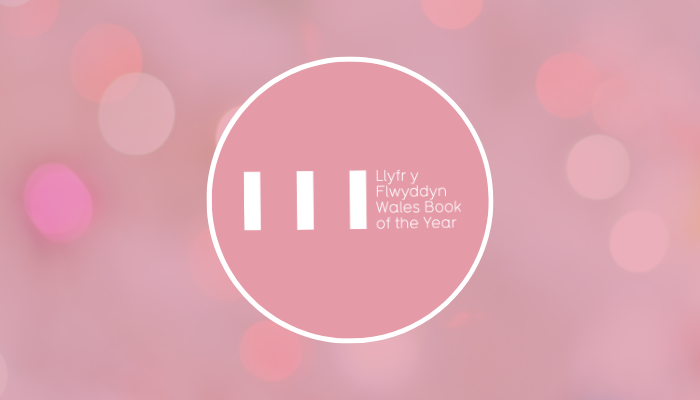 The news was announced on BBC Radio Cymru in a special edition of the culture programme, Stiwdio, on Tuesday 19 July.

A powerful contemporary story, Mori is the first novel from the actor and presenter Ffion Dafis following the success of her memoir Syllu ar Walia (Y Lolfa, 2017). The novel follows Morfudd and her obsession with a girl who sends a request to be her friend on social media. Her relationship with the girl forces Morfudd to face the secrets of her past and embark on a journey to very dark places to discover and accept herself.

Ffion Dafis is originally from Bangor, and is a familiar name in the arts sector in Wales. She is known for playing the role of Llinos in the television series Amdani and Rhiannon in Byw Celwydd on S4C. She played the part of Lady Macbeth in Theatr Genedlaethol Cymru’s ground-breaking production of Shakespeare’s play at Caerphilly Castle in 2017.

It is in the ‘bargaining between hardness and softness’ that the poems of merch y llyn, the second volume from Grug Muse, occur; in the bodies of water that provide an escape and a threat in one breath. The layers of geology reveal the layers of the self, in work that shows that the boundary between pain and pleasure, between the raw and the sensuous, is really very thin.

Grug Muse is a poet and writer from the Nantlle Valley. She won the Chair at the Urdd Eisteddfod in 2013, and published her first collection, Ar Ddisberod (Barddas), in 2017. Her work has been translated into German, Greek and Latgalian.

The Awards are judged by an independent panel appointed annually. Judging the Welsh-language books this year are broadcaster Mirain Iwerydd, presenter of BBC Radio Cymru 2’s Sunday breakfast show; presenter and columnist Melanie Owen; the academic, editor and author of the academic journal, Llên Cymru, Siwan Rosser; and the director, poet and writer Gwion Hallam *. Gwion Hallam, however, was not part of the discussions about the fiction category or the main prize due to a conflict of interest.

The Wales Book of the Year Award has been organized by Literature Wales since 2004, and during that time some of Wales’ most famous authors have received awards alongside new, bright talents. Both writers receive a cash prize of £1,000 each, and a bespoke trophy designed by the artist Angharad Pearce Jones.

“Many congratulations to Ffion and Grug on winning their categories, with two books that both draw an echo of the heroines and anti-heroines of our legends from the depths (literally in the case of merch y llyn) and place them in the twenty-first century to haunt our minds… These are books that will remain with readers for a long time.”

The winners of the Welsh-language Children and Young People category and the Creative Non-Fiction category will be announced on BBC Radio Cymru tomorrow night (Wednesday 20 July) between 6.30 pm – 7.00 pm, with the Golwg360 Barn y Bobl and the Main Winner being announced on Thursday 21 July between 6.30 pm – 7.00 pm. The winners of the English-language categories will all be announced on Friday 29 July on The Arts Show, BBC Radio Wales.

For more information about Wales Book of The Year, go to: https://www.literaturewales.org/our-projects/wales-book-year/