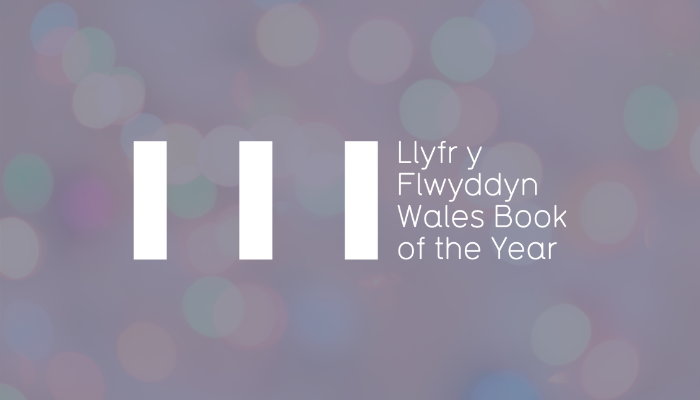 Literature Wales has today announced that Catrin Kean is the winner of the 2021 Wales Book of the Year Award with her debut novel, Salt (Gwasg Gomer). Salt also won the Wales Arts Review People’s Choice Award.

It was first declared that Catrin Kean’s Salt had been awarded the Rhys Davies Trust Fiction Award, then the Wales Arts Review People’s Choice Award, before going on to win the overall award and the crowning title of Wales Book of the Year 2021. Catrin receives a total prize of £4,000 and a specially commissioned trophy, designed and created by the artist Angharad Pearce Jones.

Salt is Catrin Kean’s debut novel, and is based on the lives of her great-grandparents, who married in 1878. It is their love story. Cardiff in the late 1800s is grimy, crowded and grey, and Ellen, a domestic, dreams of escaping her dreary life there for the sea. When she falls in love with Samuel, a ship’s cook from Barbados, she is able to fulfil her fantasy by running away with him on a ship bound for the bright excitement of San Francisco. Life at sea is brutal and dangerous, but it is a place where they can be free… until circumstances force Ellen home, and the hardships of working-class life and racism begin to poison their lives. Previous Wales Book of the Year winner Alys Conran says that “Kean writes like a dream, and this is a story for the ages.”

Catrin Kean was awarded a place on the Hay Festival Writers at Work scheme for emerging writers from 2016-18. Her short stories have been published in Riptide Journal, Bridge House Anthologies and The Ghastling. She was awarded a Literature Wales Writer’s Bursary in 2020, to work on her short story collection Fogtime. Salt is her first novel. She lives in Cardiff with her partner and two ridgeback dogs.

Scott Evans, on behalf of the judging panel, said:

“Being a part of the Wales Book of the Year 2021 judging panel has been an absolute pleasure and privilege. The vastly impressive quality of all the shortlists across the categories of fiction, non-fiction, poetry and, especially, children’s books encapsulate the diverse and incredible talent of Welsh writers we have on offer to readers in homes, schools, libraries and communities within Wales and across the world. They showcase the true breadth and depth of our long-established landscape, legacy and lifeblood of literature; and, ultimately, make me so proud to be Welsh.”

The Wales Book of the Year Fiction Category is sponsored by the Rhys Davies Trust. The Rhys Davies Trust announced its investment in the prize in February 2020 as part of a dynamic series of creative initiatives designed to celebrate Wales’ long tradition of literary achievement through the medium of English, and build towards its future.

The winner of the Poetry Award is Fiona Sampson with her collection Come Down (Corsair Poetry), in which questions of humanity, of point of view, are at its heart. Language runs and dances over the stuff of the human body and the material of the landscape. And yet, despite these radical perspective shifts, the collection keeps in sight, always, the human experience: the act of creation; the way in which childhood memory and family lore impinge on the present.

The winner of the Creative Non-Fiction Award is Victoria Owens with Lady Charlotte Guest: The Exceptional Life of a Female Industrialist (Pen & Sword). It tells the story of impoverished aristocrat Lady Charlotte Bertie, who married wealthy Welsh ironmaster John Guest of Dowlais in 1833. Despite their vast difference in background and age, over their nineteen-year long marriage, husband and wife enjoyed great happiness and much adventure. There would be ten children and while John built up an immense commercial empire, Charlotte championed Welsh culture. This book traces the ardent, creative years of her first marriage, explores her determination – widowed – to preserve John’s legacy, and observes her growing devotion to the scholarly Charles Schreiber.

The winner of the Children & Young People Award is Patience Agbabi with The Infinite (Canongate Books) where time-travelling protagonist Elle finds herself racing against time, to save the world as we know it, before it ceases to exist. Leaplings, children born on the 29th of February, are very rare. Rarer still are Leaplings with The Gift – the ability to leap through time. Elle Bíbi-Imbelé Ifíè has The Gift, but she has never used it. Until now.

The Children & Young People category was introduced in 2020 to encourage a new generation of creative readers and writers, help raise the profile of Wales and its talented authors and establish that literature for children is on a par with that which is intended for adult readership. 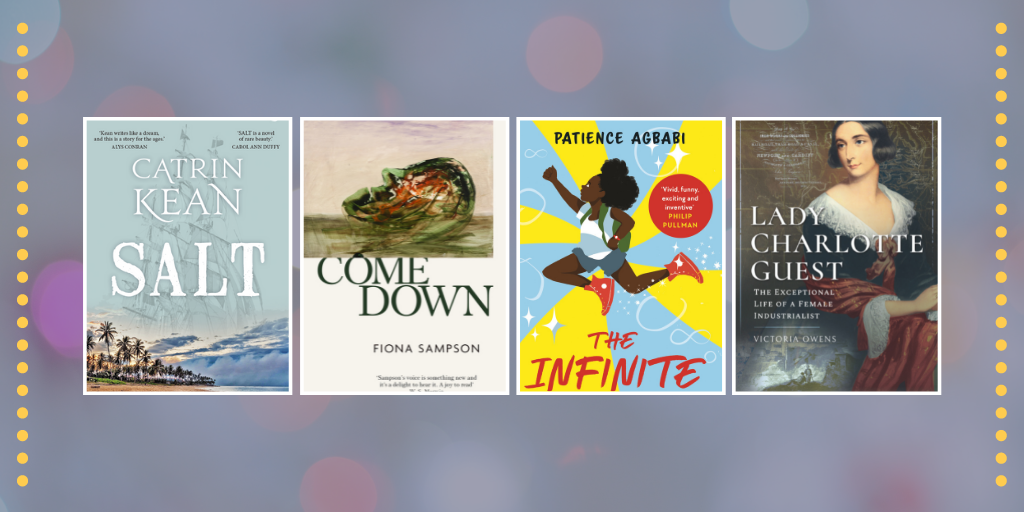 “These books, as a collection, takes us on a journey from the streets of Cardiff in the late 1800s to the centre point of the industrial revolution in Wales; then poignant reflections on humanity and point of view before leaping into tales about future worlds and adventures. Here we have new voices, publishing for the first time, as well as popular voices venturing into new genres.

“On behalf of Literature Wales, I wish to congratulate all the winning writers and thank them for providing us with such delight and inspiration during a year where the power of literature has never been more important. I encourage everyone to visit your local bookshop or library and immerse yourself in the worlds of these exceptional titles.”