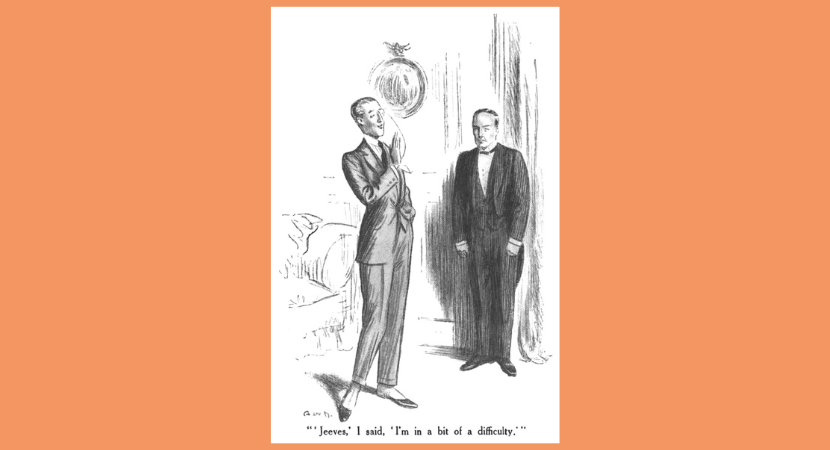 The Happiness of the World: PG Wodehouse’s Comedy Cavalcade

Paul Kent takes us through the full range of PG Wodehouse’s range of comic creations including, of course, Jeeves & Wooster: the delightful, complex relationship which threads its way through thirty five short stories and eleven novels. They first appeared in print in 1915 and continued to appear in Wodehouse’s work until his last completed novel, Aunts Aren’t Gentlemen in 1974. PG Wodehouse (1881-1975) is a treasured humorist and published more than ninety books, forty plays, two hundred short stories and other writings between 1902 and 1974. He was interned by the Germans in Le Touquet, later released, and made some comic and apolitical radio broadcasts over German radio. The furore meant he never returned to England and he lived the rest of his life in the USA.
His quirky use of Edwardian slang, half remembered quotations and allusions and idiosyncratic literary techniques make him a unique writer. And Jeeves and Wooster, like Holmes and Watson, remain embedded as one of the great double-acts in British fiction.

The Gods Are All Here

Arthur Machen in the Yellow Nineties