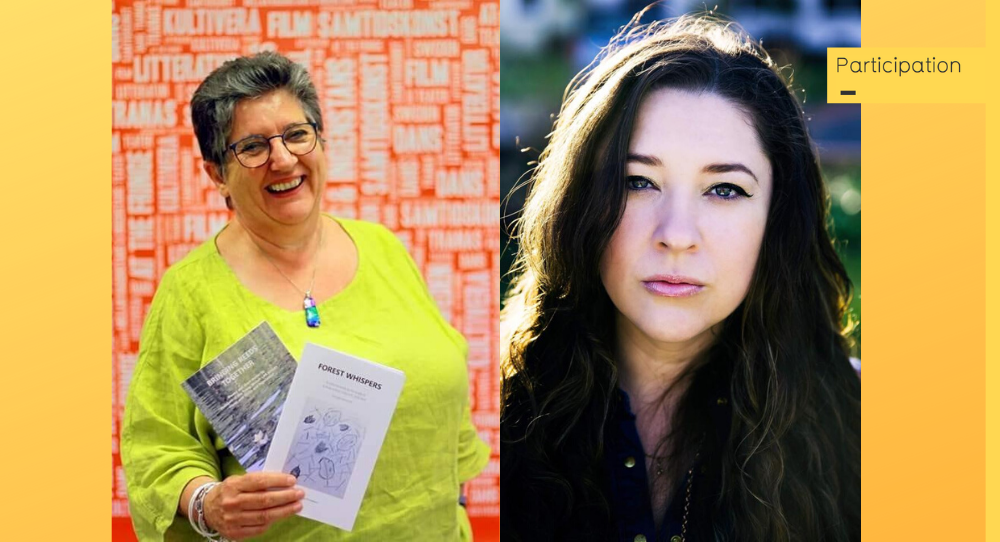 Creative writing and song-making for young people affected by suicide

Further information: Keep Talking Tidy will connect with marginalised young people affected by suicide in Carmarthenshire and Rhondda Cynon Taf to take part in a series of ten creative writing and song-making sessions. The workshops will encourage  and support the participants to be open, ask for help, and help to prevent suicide in a way which is culturally and linguistically relevant for them.  The series will contribute to and culminate in the production of an album of poetry and music curated by Rufus Mufasa and performance events in Carmarthenshire, Rhondda Cynon Taf and Cardiff.

About Melanie Perry: Mel is a poet, spoken word artist and writing practitioner from Carmarthenshire. Her poetry appears in a range of publications including TwoThirds North from Stockholm University. She has two poetry collections, Rum Dark Nights, published by Three-Throated Press  and the bilingual Sound the Hollow-Det håligas ljud published by Magnus Grehn Förlag. As a performer she is a member of The Rockhoppers, a trio of women poets who have performed in Wales, England, and Ireland.

Rufus is a Hay Writer at Work, supports several intergenerational projects, works internationally and has recently been an International Coracle Europe Literary Resident. She is currently the Poet in Residence for the Future Generations Commissioner for Wales.

“We hope that young people can be open about their feelings, ask for help to cope with difficult life experiences and be willing and able to help others in preventing suicide and self-harm. Through the creation of hip-hop and rap Keep Talking Tidy will be culturally and linguistically relevant and nurture creative talent through a novel approach to peer engagement.”