The Search Begins for the next National Poet of Wales 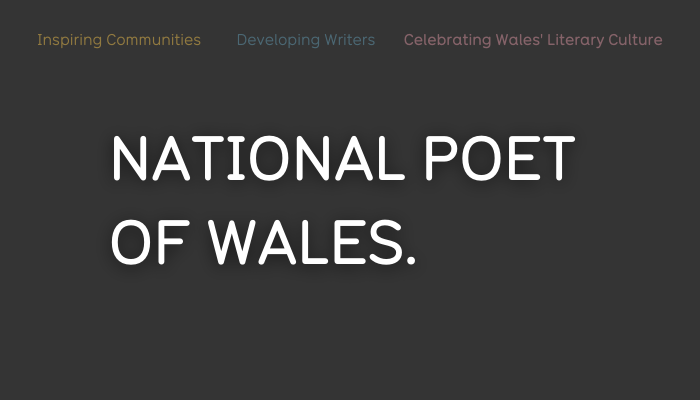 We are pleased to announce that we are launching our search for the next National Poet of Wales by announcing a call for nominations for a talented Welsh poet to take on this thrilling and high–profile role.

The current National Poet is Ifor ap Glyn. During his tenure, Ifor has been a cultural ambassador for Wales and its literature, and the role has taken him all around the world. His poetry has appeared on the public transportation network of Brussels and projected on the side of Big Ben. He has been commissioned to write poems and prose to mark several occasions over the past few years, including: 50 years since the Aberfan tragedy; the UNESCO Year of Indigenous Languages 2019; 20 years of devolution in Wales; not to mention many social appeals, notable birthdays, and the highlights of Welsh football.

Ifor’s tenure comes to an end in May 2022, when he will pass on the baton to the 5th National Poet of Wales. Poets can nominate themselves; and individuals, organisations, groups, and charities can nominate their favourite poet.Read our call for nominations here.

“Poet Laureates around the world play an important part in people’s lives and are often invited to read their work at significant national moments of both celebration and grief. At a time of increasing division and global insecurity, poetry connects us to each other and helps us make sense of the world.

Ifor ap Glyn has been an excellent National Poet of Wales, and we thank him profoundly for his work, and congratulate him on all his successes, and for fulfilling his ambitious vision.

As we embark on the next chapter for this wonderful project, we look forward to welcoming a new poet to the role who will help us realise our own vision of a Wales that empowers, improves, and brightens lives through literature.”

Nominations are to be submitted by filling in a form on our website,  where further information about the process is available. Literature Wales is accepting nominations until 14 March 2022.