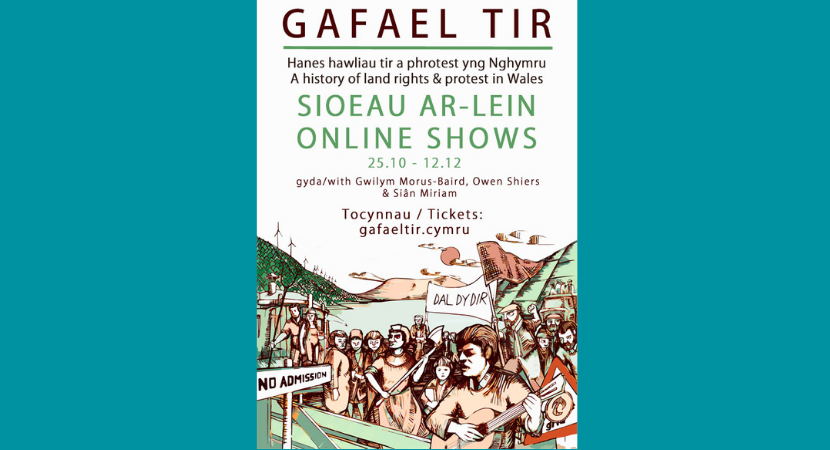 The show explores the history of y werin (‘the Welsh common folk’), and their struggle for a better life. Their tales are told and their old ballads are sung as we meet kings, cross dressing farmers, radical preachers, land workers and unions; a thousand years of history squeezed into 4 online chapters. Drawing on Welsh folk arts, the show touches on politics, human rights, freedom of thought and expression, the right to protest and the history of British democracy.

Owen Shiers: A musician from West Wales. His latest project is ‘Cynefin’, which presents the lost music and stories of Ceredigion. This year he released the fantastic album Dilyn Afon and in 2019 was nominated as best solo artist at the Folk Awards.

Siân Miriam: A storyteller from Anglesey. Siân won the Esyllt Harker Prize, a storytelling prize for developing a new voice for women in storytelling. As a result, Siân is preparing a new bilingual storytelling commission, Trees They Talk, which will be performed at the Beyond The Border Festival in 2021.

Gwilym Morus-Baird: A musician from Wrexham. Gwilym has spent the last few years researching and teaching courses on Celtic mythology.

All four English language episodes will be performed through Zoom software between October and December this year, with a choice of following the series on a Sunday or a Thursday:

An evening with Rebecca Roberts talking about her new YA novel, #Helynt