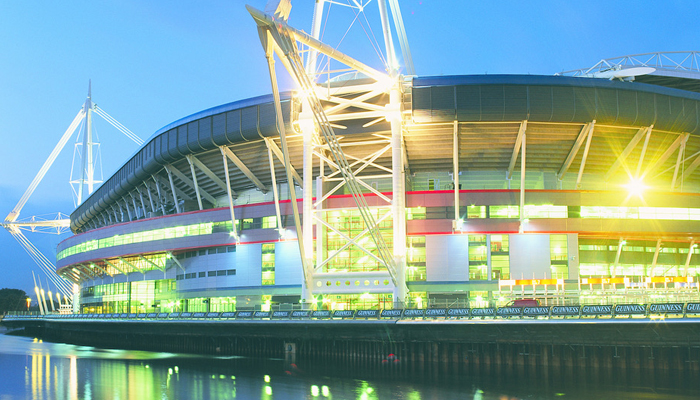 Here are two poems by National Poet of Wales, Ifor ap Glyn for the UEFA Champions League Final which took place at the National Stadium of Wales, Cardiff, on 3 June 2017.

Sarete sempre
i nostri fratelli e sorelle europei
We talk to each other
in different colours,
and between the applause of saucers,
the acclamation of cups,
and the steam hiss of a full stadium,
our city
is café to a whole continent!
And our voices are like sun-lit holes
In the dark of the forest…
Siempre seréis
nuestros hermanos y hermanas europeos
here, our croeso remains constant…

The bienvenido ‘s not new here;
we share the same surnames;
Esteban, Zamora;
as Welsh as Dowlais, or Abercraf.

And the benvenuti ‘s still the same
for the Bracchi, Sidoli, Calzaghe;
who put their tricolore
at the heart of our flag.

And since we share so much history,
(whoever may prevail)
we’ll share our heroes with you too –
John Charles and Gareth Bale!