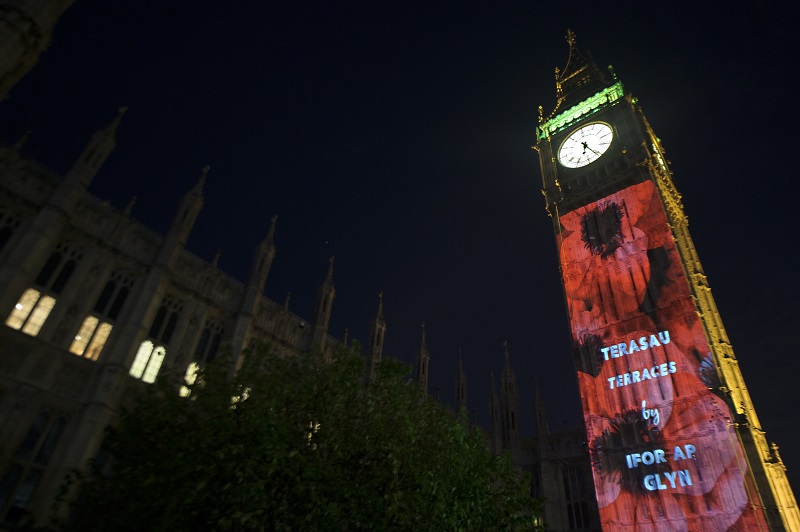 To these streets of neatness came rows on rows of lads,

keeping in ranks just as they did

when crossing no mans land

A hundred years have re-greened this ground,

that was blown up in moments of blood…

its entrails collandered…  its surface unfleshed.

and the turf doors shut quietly behind them.

They came from similiarly narrow streets

where pals were penned together

by the great adventure’s call,

till their homes winked their blinds

Their graves are bone white

in this evening’s sunshine;

It chisels the names in perfect relief,

from a future they were denied,

who squints unknowing at the Braille of their names;

their doors, as always, all locked tight..

(This is a poem by National Poet of Wales, Ifor ap Glyn, inspired by a visit to the cemeteries of the Somme in 2015. The poem was projected on the side of Big Ben in Westminster as part of the Remembrance Sunday commemorations in 2016.)