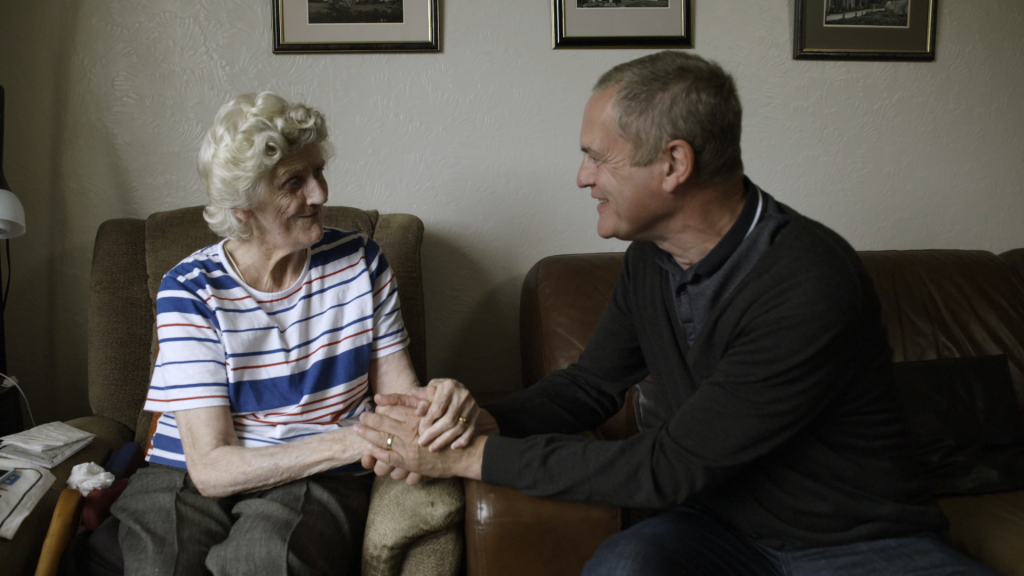 This is a poem by National Poet of Wales, Ifor ap Glyn, it was commissioned by Reading Friends, a befriending project coordinated in Wales by Literature Wales in collaboration with national partner, The Reading Agency. Introduced in partnership with public libraries, local communities and voluntary organisations, the scheme aims to enable, engage and engage older people and people with dementia and carers by stimulating conversations from reading.

The seats still held the last warmth of summer,

as the bus went from Cerrig to Llanrwst.

But that was just the journey’s start;

from the bareness of Uwchaled, to the grey walls of the town;

from the hesitant gurgle of Nant Hendre Bach

and the relaxed classrooms of my school nearby,

to the corridors of the county school

and the River Conwy’s confident flow…

It was an odyssey of fifteen miles or more,

from my native area and childhood home

to the shrill world of the English tongue.

There was no means to travel back and forth,

I stayed from Monday to Friday in town –

You had to be in by half seven each night

for supper with a woman who was no relation,

at a table where talk was on rations

and she guarded the bread and meat like a hawk.

Then to bed, searching for sleep

And a strange house’s squeaks

were my good night kiss.

Back and forth I went each week

till my life took new rhythm

and Monday mornings were less of a rift,

because I had a benefactor

on the bus to far-off Llanrwst;

his welcome as willing as the tongues of tickets

that he wound from his machine.

And that kind man, (William Jones, the conductor)

would willingly tarry at the terminus

before the bus turned back for Cerrig

buying many a cuppa for this lonely girl.

The taste of our chats would linger,

long after the cup was emptied

and back on its saucer  – till the next time…

And it came to pass that I followed the river to the sea,

and this time there would be no return,

as I slowly put down roots near the strand,

and grew used to the constant waves

of the shrill English tongue…

But as I faced the twists and turns of life

I would sometimes recall

the bus long ago from Cerrig to Llanrwst,

grumbling through the gears

and I would recall my former protector,

William Jones, and the bus on cold mornings

its windows blank with condensation.

He sent me a telegram you know,

the day that I married your father;

and I attended his funeral too

in memory of the conductor,

but also in thanks for those cups of tea,

the godsend that warmed my heart…

Its sixty years and more

since I made this place my abode,

with the sea in earshot,but  far from the streams of my youth.

I ‘ve long since arrived here,

but in some ways never left;

my native area has a grip on me still.

That bus long ago

went from Cerrig to Llanrwst –

but my journey still goes on…