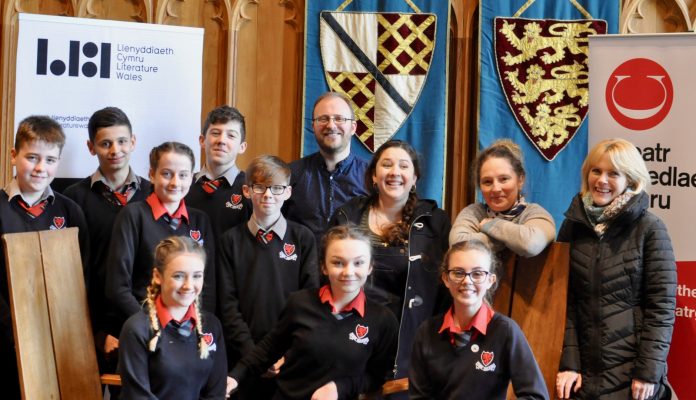 The final was held in the atmospheric Great Hall of Caerphilly Castle, the same room used by Theatr Genedlaethol Cymru to stage Macbeth. In an afternoon full of creativity, poems were heard from each team, covering a wide range of subjects including gender equality, capitalism and greed. The captains also performed. Judging the competition were poets and performers clare e. potter and Rufus Mufasa and Associate Producer of the Theatr Genedlaethol, Fflur Thomas.

After a close battle, Ysgol Cwm Rhymni, were crowned the Cipio’r Castell: Brwydr Slam winners. You can watch their winning Slam here:

Aneirin Karadog, who also MC’d the final said: “The experience of taking part in the poetry Slam at Caerphilly Castle brought poetry to life, and I hope the young poets felt that and that poetry isn’t only something to read on paper for them.”

You can still see Theatr Genedlaethol’s production of Macbeth at various cinemas. For more information visit their website.