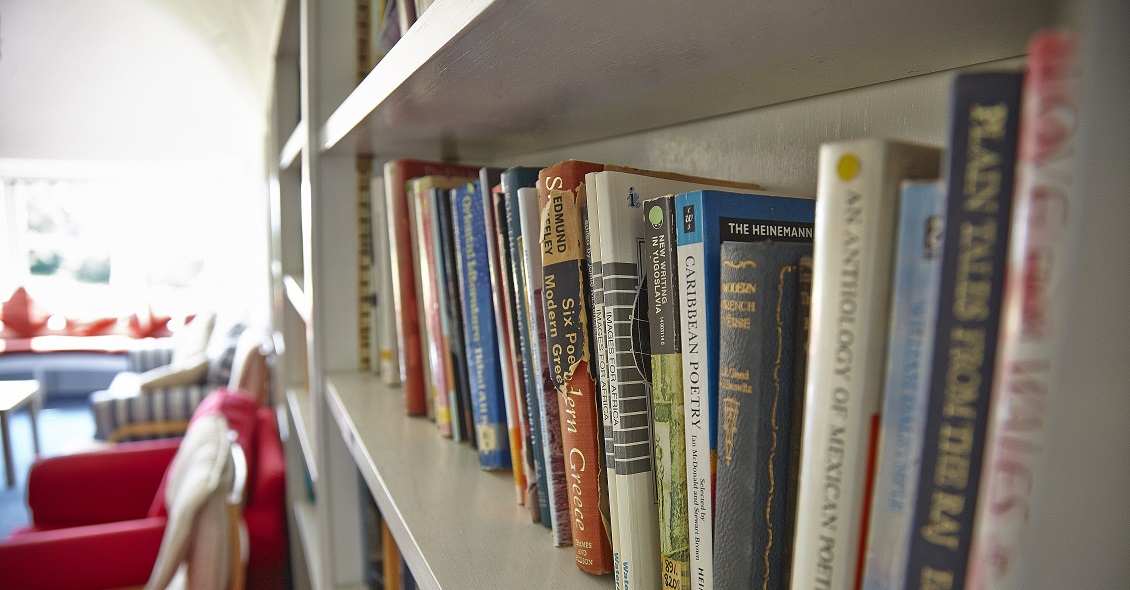 © Richard Outram
Literature Wales has announced the names of twenty-one writers who will receive a total of £70,000 in Writers’ Bursaries this year. The 2017 Writers’ Bursaries will allow these writers to take time out to write, as well as assisting small-scale travel and research.

Literature Wales Writers’ Bursaries offer support by allowing writers, at every stage of their career, time and space to develop work-in-progress. Fifteen of this year’s authors are first-time Bursary recipients and new writing is particularly supported with the inclusion of eight unpublished writers. Bursaries will also enable established writers at the peak of their careers to experiment and create innovative new work.

The work of this year’s Bursary recipients has one thing in common: the importance of narrative. There are powerful stories to be told, through the medium of Welsh and English, in different genres including short stories, novels, poetry collections, and creative non-fiction. Stories about lives both real and imagined take us from Wales to Nigeria, from urban Caerphilly, via rural Montgomeryshire across high seas to the ends of the earth. The tales include: A time travel novel for children by Damian Harvey about Bartholomew Roberts – or Black Bart – Wales’ most successful pirate; a novel for young adults by Atinuke, about a young teenager from a poor mountain village in Nigeria called Comfort, who is a domestic slave. Eve Elizabeth Moriarty’s first poetry collection will examine the story of a group of female factory workers in 1917 who all contracted radium poisoning; while Mike Parker will explore the true story of Reg and George, and the wider theme of rural queer identity and experience, weaving this with his own history, and that of the house in Montgomeryshire he inherited from Reg and George.

Fiction lovers can look forward to a feast of new novels and short story collections. Thomas Morris, whose debut collection of short stories We don’t know what we’re doing (Faber) won the 2016 Wales Book of the Year Award, will use his Bursary to work on his first novel. This novel will include an exploration of identity and the multitude of narratives within one family, set in his hometown Caerphilly. Meirion Jordan will turn from poetry to work on his first novel, which is set in Wales and France in the aftermath of Owain Glyndwr’s rebellion. Holly Müller, whose debut novel was published by Bloomsbury, will work on her second novel of historical fiction, set in the 1970s. She will explore marginalised populations, national identity and life in Britain as a migrant – themes that resonate with current events. Rachel Trezise and Angela Graham will be working on their respective new short story collections.

Sophie McKeand, Young People’s Laureate Wales will develop her poetry collection by exploring the inner and outer landscape, while poet and musician Paul Henry will explore the borders between music and silence.

Alan Llwyd, Sarah Down-Roberts and Gareth Hugh Evans-Jones and Manon Rhys are all working on new writing in the Welsh language. Their respective works in progress include a poetry collection, a biography, a fantasy novel and a cross genre work of poetry and prose.

Since 2004, Literature Wales has awarded over £1 million in Writers’ Bursaries, enabling 263 writers to develop their work in a variety of genres. Fiction, poetry, children’s fiction, teenage fiction, and creative non-fiction are all well-represented over the last decade, and in 2011 graphic novels were awarded for the first time.

“As a reviewer and critic of literature, it has been an exciting experience to have such a privileged glimpse of the literary talent and promise which is teeming in Wales, and to fully understand the crucial and important role of Literature Wales’ Bursaries in the process of nurturing that talent and promise.”

“Supporting writers at every stage of their career is at the heart of Literature Wales’ work. This year’s Bursary recipients represent the strength and diversity of writing in Wales, from new voices to well established prize-winning writers. In a year which saw the highest ever number of bursary applications, the Bursaries Panel were seeking literary excellence. We look forward to reading new world-class literature from Wales.”

“These bursary awards reflect a rich mix of talent and a diversity of styles, subjects and genres; but above all, what we have here is a range of exciting untold stories and I look forward to see the resulting work hitting the shelves in the not too distant future.”

– Dr Phil George, Chair of the Arts Council of Wales

To find out more about Literature Wales Writers’ Bursaries and other ways in which the national company for the development of literature supports writers and Welsh literature, visit: www.literaturewales.org