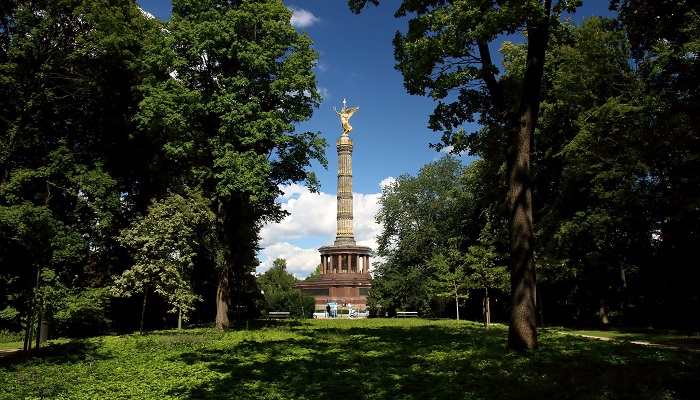 "Berlin" by simplethrill via Flickr is licensed under CC BY-NC-ND 2.0
Sharing with Germany the indigenous cultures and languages of Wales, Scotland and Ireland

This month will see the start of a series of Welsh, Irish and Scottish literary and cultural events in Berlin as artists and writers share their cultural heritage, identity and language with partners in the German capital.

As part of the UNESCO Year of Indigenous Languages in 2019, the governments of Wales, Scotland and Ireland are together undertaking a collaborative programme to celebrate and raise the profile of their indigenous languages and literatures. The announcement was made on 26 September which is the official European Day of Languages.

The events will take place at prestigious locations across Berlin, including The Centre for British Studies at Humboldt University and St. Elisabeth-Kirche. The partners for these events include the Welsh Government, Scottish Government, the British and Irish Embassies in Germany, Literature Wales, British Council Wales and Germany, Creative Scotland and the Scottish Poetry Library.

Many of these relationships were enabled and strengthened by a former visit to Berlin in June 2019. Literature Wales’ visit was supported by the British Council Wales EU Mobility Fund.

These events coincide with strategic visits by key government officials from all three countries to commemorate the 30th anniversary of the fall of the Berlin wall.

At a time of ongoing Brexit uncertainty, maintaining strong trade and cultural links with close partners across Europe remains a top priority for all governments, with Germany being a key country focus for all. The arts are considered to be a crucial element in deepening these links, and are utilised to create a friendly knowledge and understanding between the people of the UK and the wider world.

“This is a fantastic opportunity to celebrate the richness of our collective indigenous languages and literatures. Our participation in UNESCO’s Year of Indigenous Languages has provided us with a platform to raise Wales’s international profile as a bilingual nation and celebrate the history and resurgence in efforts to increase the number of speakers, striving for one million by 2050.

We want to show the world that the Welsh language is inclusive and key to Wales’ culture; we want to increase the use of Welsh, provide a space for it to evolve and welcome new people to the language.”

“Wales is building strong links with Germany, last year British Council Wales and WAI worked with partners in Dresden to programme a Welsh performing arts festival and this year we’re able to collaborate with our friends in Scotland, Ireland and Germany to share one of Wales’ key assets and USPs – our indigenous language – with partners in Berlin.

This activity shows the want and the will of Wales, and the wider UK, to continue to seek out and build connections with our friends and partners in Europe. This project was partly founded with support from the British Council Wales’ EU Mobility fund, which enabled 22 Welsh artists and arts organisations to cultivate new partners or strengthen existing partners across Europe”

“The Celtic nations are forging closer ties and, in many ways, the arts are driving important exchanges of ideas and innovation. The Scottish Poetry Library is playing its part too through collaborations and showcasing work by writers in indigenous languages, including Scots and Scottish Gaelic, on themes exploring place, voice, power and the impact and legacy of marginalisation and erasure on communities historically associated with these languages.”

“We are delighted to be part of an international programme to celebrate Wales’ literary culture alongside our friends and partners from Scotland and Ireland. We have a shared history and heritage and our literatures and languages bring us closer together through the power of words and the imagination.”

“Germany is extremely interested in finding out more about the diverse and multilingual nature of the UK, and its historical and linguistic ties to Ireland and mainland Europe.”

The season will start with an event on 27 September, organised by Welsh Government at St. Elisabeth-Kirche in Berlin, focusing on Wales and featuring Mererid Hopwood and Kizzy Crawford.

The series continues with an event celebrating music from Scotland on 4 October, a focus on Irish culture on 11 October and it will culminate with a panel discussion and performance by National Poet of Wales Ifor ap Glyn, Irish writer Ciara Ní É, and Scottish performance poet Marcas Mac an Tuairneir at the Centre for British Studies, Humboldt University on 26 November, organised by Literature Wales.