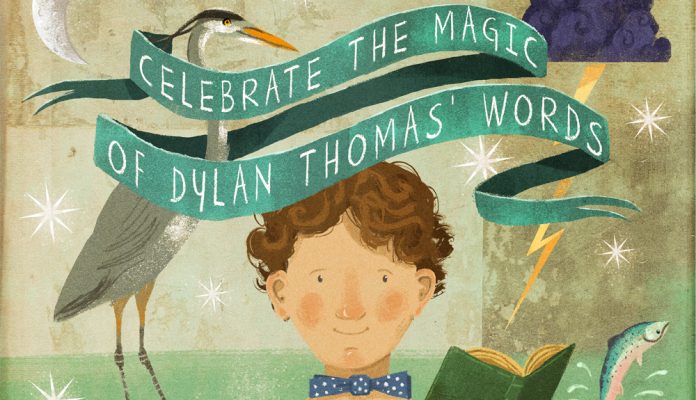 Following the success of the second International Dylan Thomas Day in 2016, details of the third annual celebration of Wales’ most famous literary son have been announced, with events all around the UK and beginning to take shape across the globe.

‘Dylan Day’ is held each year on 14 May, the date Under Milk Wood was first read on stage at 92nd Street Y, The Poetry Center in New York in 1953. It is part of a three year package of funding by Welsh Government, and aims to celebrate and raise the profile of Thomas’ work in Wales and abroad through a variety of activities, including events, educational resources and social media activity.

The first International Dylan Thomas Day took place in 2015 following requests to establish a public day, after the year-long Dylan Thomas 100 Festival was met with great public enthusiasm. The second celebration in 2016 included 50 events all around the world. Building on that legacy, the day this year includes a variety of activities, some of which take direct inspiration from events in the centenary year as well as last year’s celebration.

Dylan Day 2017 begins its run-up with the award ceremony for the prestigious International Dylan Thomas Prize, in collaboration with Swansea University, on 10 May. The event opens at 7.00 pm at the Great Hall on the stunning Swansea University Bay Campus. The winner of the £30,000 prize for the best published literary work in the English language, written by an author aged 39 or under, will be announced in the evening. This will include a wine and canapé reception for ticket holders. The Prize also includes a reading by the shortlisted writers at the British Library in London the previous evening, 9 May.

Then, on 13 May, the extended celebrations for Dylan Day begin both in London and in Swansea, two key locations associated with the poet. In London, the Saboteur Awards will present a number of literary prizes, including this year’s Wildcard Award which is sponsored by International Dylan Thomas Day. In Swansea, the Dylan Thomas Society, Dylan Thomas Birthplace, and Dunvant Male Choir will perform ‘as I was young and easy’ – a journey through Dylan’s life in words and music – at St James Church, Uplands, Swansea from 7.00 pm.

On the Day itself, Swansea visitors can again enjoy the Return Journey walking app, performed from 10.30 am by Lighthouse Theatre. Later, Do Not Go Gentle and Dylan’s Mobile Bookstore will host an evening of music, poetry, film and a talk by Jeff Towns celebrating Dylan Thomas and Allen Ginsberg, who was greatly influenced by the Welsh poet.

Chirk Castle, which also holds links with the Welsh bard, will host a drop-in writing workshop from 11.30 am – 12.30 pm with Young People’s Laureate for Wales, Sophie McKeand. Sophie will then be joined at 12.45 pm by National Poet of Wales, Ifor ap Glyn, and the pair will give a poetry reading in both Welsh and English.

In New York, a reading of the Michael Sheen-led performance of Under Milk Wood at 92nd Street Y will be released online. A live link-up will also take place between poets in New York, Ferryside, and Tranås in Sweden for a three-nation poetry reading.

A new online literary competition for young people called Love the Words has this year been announced. A collaboration between Literature Wales and Discover Dylan Thomas.com, the website run by Dylan’s granddaughter, Hannah Ellis, Love the Words invites everyone aged between 7 and 25 years old, living anywhere in the world, to submit a poem made from words taken from the opening passages of Thomas’ Under Milk Wood and then to share them on Twitter. The best of these will be chosen by Hannah Ellis and displayed on the Discover Dylan Thomas website.

International Dylan Thomas Day will also work in collaboration with Wales Arts Review this year to engage people with its events and activities.

Cerys Matthews, said: “Falling on the anniversary of the world premiere of Under Milk Wood, Dylan Day is a great excuse to celebrate not only this fine wordsmith but also the world’s great heritage of plays, poems, essays and literature.”

Anyone, anywhere, may host their own event as part of the worldwide celebration. Find out more, and download the logo and poster for this year, designed by New York Times bestselling illustrator Jago, from the Literature Wales website and follow the hashtags #DylanDay and #DyddDylan on social media.