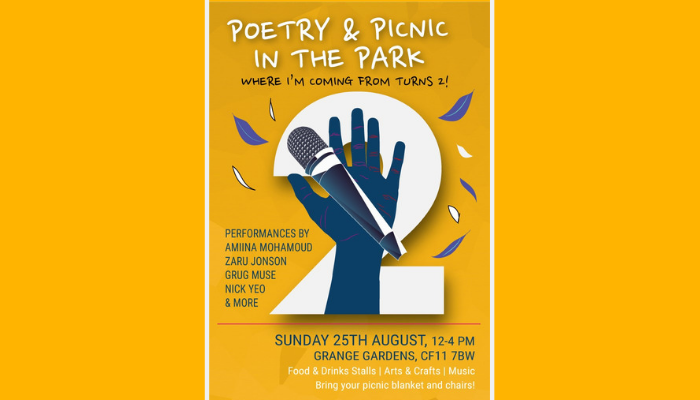 ‘Where I’m Coming From’ is a monthly Open Mic Night Series based in Tramshed, Cardiff, aimed at platforming and nurturing under-represented writers in Wales.

Literature Wales is the national company for the development of literature. Our Strategic Plan for 2019-2022 outlines Representation and Equality as one of Literature Wales’ main tactical priorities. We believe that every person, regardless of their background, should feel included and free to navigate, contribute and take ownership of the literature scene in Wales.

‘Where I’m Coming From’ is an Open Mic Night Series aimed predominantly, but not exclusively, at the Black, Asian and Minority Ethnic Population in Wales. The group provide a safe space where local creatives can share their thoughts, ideas and views through the medium of spoken word. ‘Where I’m Coming From’ showcases upcoming BAME creatives and incorporates talks and debates with the aim of bridging the gap between local communities, writers, artists and organisations.

On 25 August 2019, ‘Where I’m Coming From’, will celebrate their two-year anniversary with Picnic in the Park – a day event at Grange Gardens, Cardiff which will feature spoken word performances from regular attendees, music from local artists, stalls, books and food.

To coincide with Picnic in the Park, the group will be launching their very first anthology of writing from the variety of writers and poets who have contributed to the group’s events over the past two years. 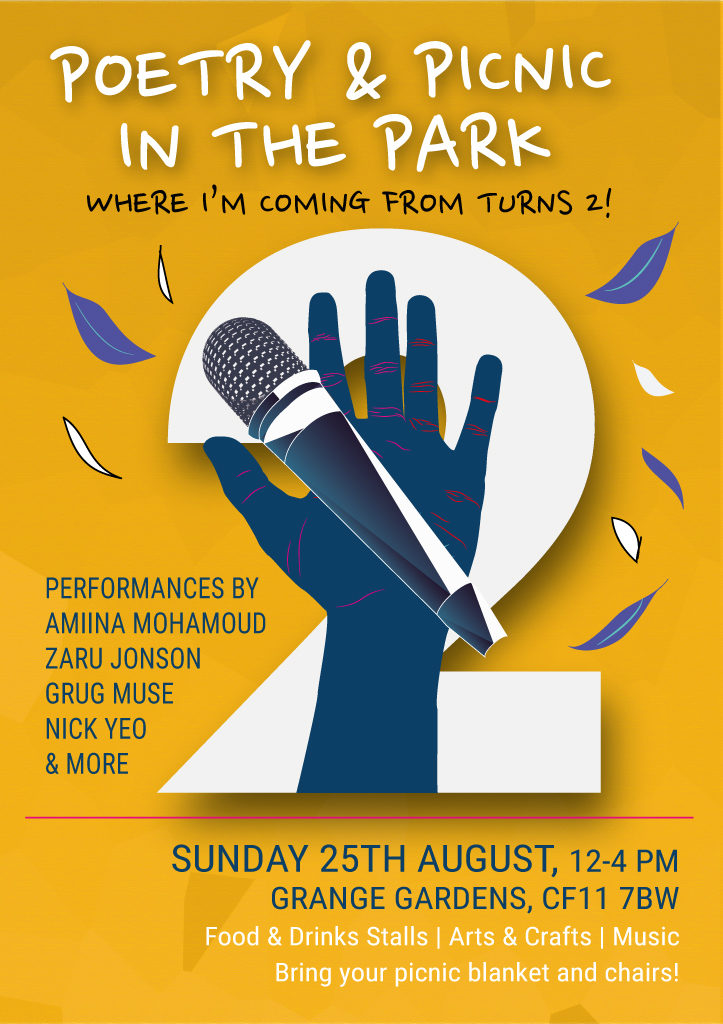 Just so You Know: Essays of Experience – Online Book Launch