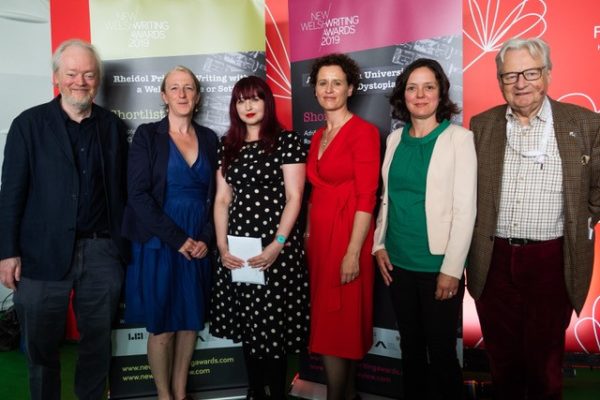 New Welsh Review is delighted to announce the winners of the New Welsh Writing Awards 2019 which this year sought entries across two categories: the Aberystwyth University Prize for a Dystopian Novella which was won by Pontypool-based author JL George with her pacey dystopian novella about a teenage duo, Rhydian and Jonno, which balances big concepts such as ethics, language, propaganda and control with a human story of flight and finding love and trust where you can with The Word. JL George has previously taken part in the Literature Wales Mentoring Scheme and is a current Writer’s Bursary Recipient. Meanwhile the Rheidol Prize for Writing with a Welsh Theme or Setting was won by Norfolk’s Peter Goulding with On Slate, a tautly laid down account of how the quick-drying slate quarries of North Wales offered play, purpose and place to an eclectic, visionary group of jobless climbers in Thatcher’s 1980s.

Rheidol Prize for Writing with a Welsh Theme or Setting – Winners

New Welsh Review editor Gwen Davies once again judged the Awards with help from students from Aberystwyth University for the dystopian novella category and co-judged with the prize-winning Ceredigion author Cynan Jones for the Rheidol Prize.

Gwen’s adjudications in the two categories were as follows: “With regard to the Rheidol Prize winner, Peter Goulding’s nonfiction account of Snowdonia’s rock climbing on slate movement was a surprise, yet instant love. It is humorous, well researched, extremely engaging, has great present descriptions, a fantastic sense of place, breadth in terms of bringing alive the 80s zeitgeist with wider cultural and social reflections and conveys the delight of the sport to the non-enthusiast. In the Dystopian Prize, JL George’s The Word manages to place at the heart of her ambitious novella, which explores ideas about propaganda, communication and cohesion, a touching and compelling story of friendship between two teenage boys on the run.”

The Awards are open to all writers based in the UK and Ireland plus those who live overseas who have been educated in Wales. The 2019 Awards are sponsored by Aberystwyth University, the core sponsor and host of New Welsh Review, and the longstanding subscriber Richard Powell. The Awards are run in partnership with Curtis Brown, Gladstone’s Library and Tŷ Newydd Writing Centre/Literature Wales. New Welsh Review is supported through core funding by the Welsh Books Council.

For more details on the Awards, visit the website