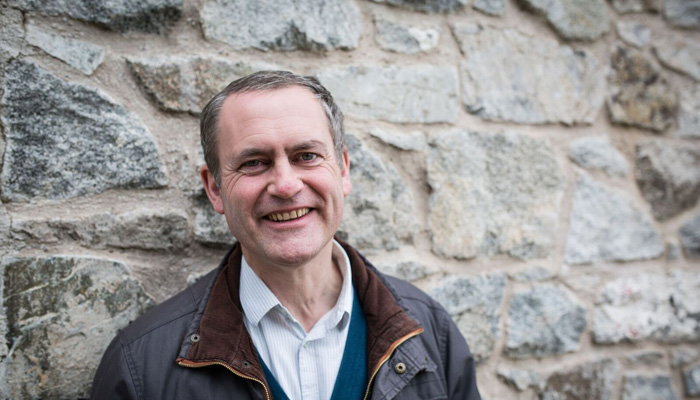 At the Senedd, Cardiff Bay on 13 February, it was announced by the First Minister of the Welsh Government that Ifor ap Glyn, the National Poet of Wales is a Finalist in the Culture category of the 2020 St David Awards.

The St David Awards are the national awards of Wales and are nominated for by the public. Nominations are announced across 9 categories: Bravery, Community Spirit, Culture, Business; Innovation, Science and Technology; Humanitarian; Sport; Young Person; and the First Minister’s Special Award.

The Culture award is presented to those who have excelled in the arts or have made a strong contribution to culture in Wales, expressed in any art form, language or medium. This can include, but is not limited to, those who may have succeeded in putting Wales on the world stage.

Ifor ap Glyn is an award-winning broadcaster and poet. He was born in London to Welsh parents but now lives in Caernarfon.

During his time as National Poet of Wales, his commissioned work has included poems to mark the 20th anniversary of the National Assembly, the centenary of the Armistice and to welcome Syrian refugees to Wales. In 2008-09 he also held the post of Bardd Plant Cymru (Welsh-language Children’s Poet Laureate)

He has twice won the Crown for poetry at the National Eisteddfod. In 1999, his winning series of poems were about adult learners of Welsh; in 2013, he wrote in response to the number of Welsh speakers recorded in the 2011 Census.

In 1996, he co-founded Cwmni Da, an independent television company, and has worked as a director, producer and presenter. He has won BAFTA Cymru Awards for his work on Lleisiau’r Rhyfel Mawr, a series about the First World War and Popeth yn Gymraeg, about the use of the Welsh language. Cwmni Da now has over 50 employees and is owned and controlled by the workforce.

Each category winner will be announced at the 2020 St David Awards Ceremony, held online here on 17 June 2020.