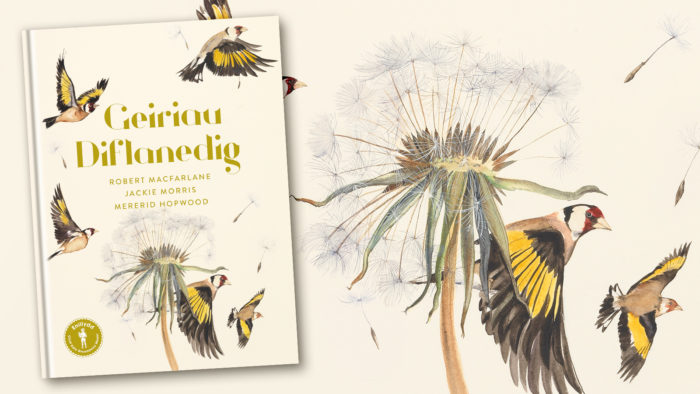 Independent Wales-based publisher Graffeg has launched a Crowdfunder campaign to gift a copy of the Welsh-language edition of The Lost Words (Geiriau Diflanedig) by Robert Macfarlane, Jackie Morris and Mererid Hopwood to every primary school in Wales.

Since its publication in October 2017, The Lost Words has captured the imagination of many readers with a large number of successful crowdfunding schemes placing the book into thousands of schools across the UK. Graffeg hopes to raise £16,700 to cover the cost of donating a copy of Geiriau Diflanedig to each of the 1,287 primary schools in Wales. The campaign is running as a strictly not-for-profit enterprise, with all money raised paying for the unit cost of the book plus distribution costs.

The Crowdfunder campaign has been championed by Jackie Morris, who is donating original artwork as an added incentive for people to donate to the campaign. Incentives include copies of Geiriau Diflanedig signed by all three creators and original Otter paintings by Jackie Morris.

Jackie Morris says: ‘I hope our book, mine, Robert’s and Mererid’s, finds its way into every school in Wales.’

To donate to the ‘Geiriau Diflanedig for primary schools in Wales’ Crowdfunder page visit: www.crowdfunder.co.uk/geiriau-diflanedig-for-primary-schools-in-wales