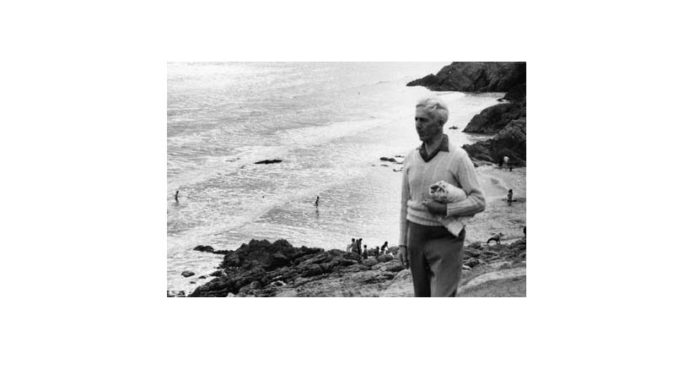 8 October 2017 marks the 50th anniversary of Vernon Watkins’ death. Three events, supported by Literature Wales, will take place to celebrate, in the words of his friend, Dylan Thomas, the “most profound and greatly accomplished Welshman writing poems in English”.

The Strings of Song

Swansea University’s Professor in Creativity, Owen Sheers, has invited five award–winning Welsh poets to write a response to Watkins’s work. Entitled The Strings of Song, the free event will be a celebration of the poetry of the late Gower poet Vernon Watkins in reflection and response.

Esteemed Welsh poets Rhian Edwards, Menna Elfyn, Paul Henry, Robert Minhinnick and Jonathan Edwards will read and discuss the poetry of ‘Swansea’s other poet’ before sharing their own new work.

Chairing the evening will be Professor of English and holder of the Emyr Humphreys Chair of Welsh Writing in English at Swansea University, M Wynn Thomas.

The Strings of Song is a free event but a ticket will be required. To book your place please call 01792 602060, or visit www.taliesinartscentre.co.uk.

A fascinating new exhibition at Swansea University will shed further light on the poet who admitted was a ‘slave to the muse’.

Vernon Watkins 1906-1967: Poet of Gower, in partnership with Jeff Towns, Honorary Fellow of Swansea University, and Dylan’s Mobile Bookstore, includes a group of early manuscript poems, original letters, rare editions of his books, ephemera and photographs of Vernon and his family.

The exhibition, which is also free to view, runs from midday on Saturday, September 30, until 5pm on Tuesday, October 3, at the Singleton Park Campus Main Library.

Sponsored by Mark Drakeford AM, there will be a celebration of Vernon Watkins’ life featuring readings of Watkins’ work by Adam Price, Suzy Davies, Julie James, Kirsty Williams and Mark Drakeford. Also attending to read their own work will be pupils from Fitzalan High School and Ysgol Gyfun Plasmawr, who have taken part in poetry workshops with local poet clare e. potter.

The Strings of Song

Join Owen Sheers, Rhian Edwards, Robert Minhinnick and Jonathan Edwards again to celebrate the life of Vernon Watkins at The Poetry Bookshop as it opens its door to customers on the first day at its new premises next to the clock tower.