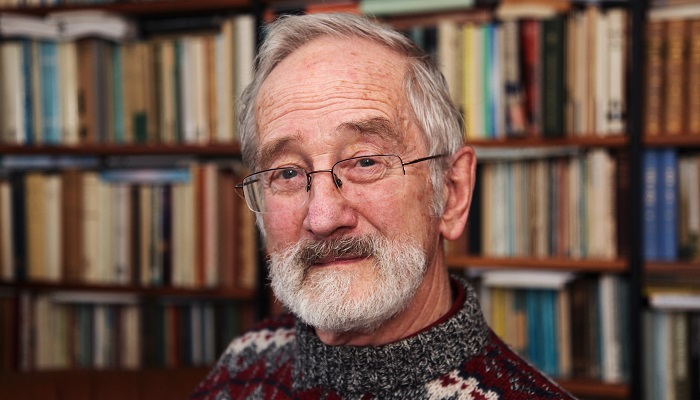 Death, you fear me

It is with profound sadness that Literature Wales learned of the death of Bobi (Robert Maynard) Jones, one of Wales’s outstanding poets, prose writers, scholars and critics. At his death he was President (with Gillian Clarke) of The Welsh Academy/ Yr Academi Gyrmeig, which he co-founded in 1959 with the poet Waldo Williams. Born in Cardiff in 1929 into a non-Welsh speaking family, he combined a fiercely contemporary outlook and idiom with a profound appreciation of the literary and cultural traditions he was both inflecting and critiquing. All was leavened –– and complicated –– by his deeply held Calvinist convincement. Appointed Professor of Welsh at the University College of Wales, Aberystwyth, in 1980, he brought to his scholarly and literary-theoretical work the same unconventional conflation of values. A writer and thinker squarely located in the principal currents of European thought, he was fully aware of the paradoxes of his work and of its switchback moves. On a personal note –– which chimes with others’ experience of Bobi –– I found him to be most generous, most gentle. Prolifically populated to the end, his website was a compendium of his more recent writings and commentaries. As he announces there (translated from the tongue he learned, mastered and changed): ‘This website is not meant as a sermon, but as praise and celebration, description and diversion, weighty and light, all within a realistic order, rooted in one small place within the Eternal’. Literature Wales extends its deep sympathy to his wife, Beti (a central, much-celebrated presence in Bobi’s work) and his family and friends.

“News of the death of Bobi Jones is hard to take. There are people one expects to keep forever, and Bobi was one of those. I remember his learning, his passion, his kindness from the early days of Yr Academi Gymreig | The Welsh Academy. My fellow Cardiffian, fellow Academi President, fellow Welsh-learner, I salute him. His achievements shame us all.”

“Bobi was an incredible servant of literature in this country, not least due to the lasting contribution made by his work. In playing a formative role in Yr Academi Gymreig since its beginning, Bobi showed an affinity with the writers’ community which was reciprocated for the rest of his life. His work will be celebrated for a long time yet, as will his company be sorely missed.”