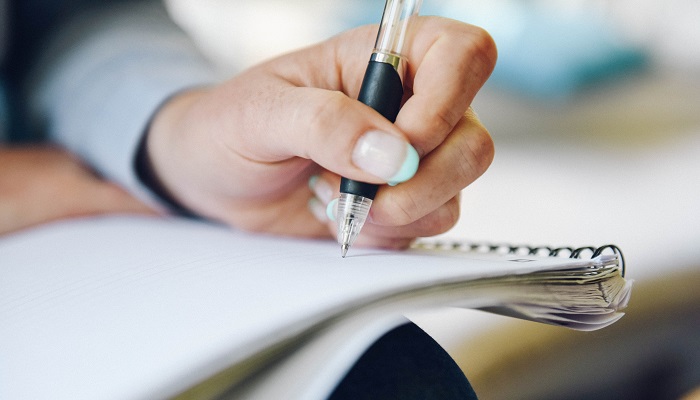 Picture: Kristina Banholzer
Literature Wales has today announced its investment in new writing and literary talent with its list of 2019 Writers’ Bursaries and Mentoring Scheme recipients.

In announcing the names of 26 writers who will be supported this year, Literature Wales has strengthened its commitment to supporting early career writers in Wales while also enabling some of our best-known writers to experiment with new forms. In the current climate of political turmoil, new writing from Wales addresses global concerns, such as #MeToo, climate change, nuclear threat, mass migration and Brexit, whilst also engaging with timeless themes such as identity, equality, relationships, coming of age, death and grief. The awards offer support by enabling writers to focus on developing a specific work in progress across a twelve-month period, and genres include novels, short stories, young adult fiction, children’s literature, poetry, and creative non-fiction.

20 writers have been awarded fixed-sum Writers’ Bursaries of £3,000 each. These include 5 New Writer’s Bursary Awards, offered to new and emerging writers who have not yet published a volume of their own work: Emily Vanderploeg, Dyfan Lewis, Nasia Sarwar-Skuse, Philip Jones, and Lucy Corbett. In addition, Jennifer Evans has been awarded a Writer’s Bursary for a writer under 25 years old, and Support Fund Bursaries have been awarded to Sara Hawys Roberts and Chris Tally Evans.

In their hard-hitting YA fiction, Jennifer Evans and Sara Hawys Roberts do not shy away from tackling the subject of death. Marged Tudur’s Welsh-language poetry collection is inspired by personal grief, following bereavement. Llio Maddocks’ Welsh language YA novel deals with grief and friendship from a young adult’s perspective.

There are also lighter notes, Jo Thomas’ novel for middle-grade readers features Maddie, a plucky heroine who lives in a landlocked lighthouse while yearning for the sea. Janine Barnett-Phillips’ YA novel, set in a school for young adult pupils with special educational needs, is about fear, friendship, fairness and finding your voice. We look forward to hearing more from all of this year’s writers, as they each develop their own work in progress and distinctive voice.

Click here for further information and to read more about each Bursary recipient.

The schemes have an increased focus on new and emerging writers and talent development, including mentoring opportunities. Four writers have been awarded a place on the enhanced Mentoring Scheme: Mari Ellis Dunning, Rachel Carney, Nicholas McGaughey and Branwen Haf Williams. They will be joined by 6 recipients of ring-fenced Bursaries (the New Writers’ Bursaries and Under 25 Bursary).  The scheme will begin with a bespoke Mentoring Course at Tŷ Newydd Writing Centre in February 2019, followed by individual Mentoring sessions during the year, as well as opportunities to network with representatives from the publishing industry.

Click here for further information and to read more about the writers awarded a place on the Mentoring Scheme.

Sioned Williams, Chair of the Literature Wales Bursaries Panel, said: “In these challenging times for the economy and arts funding, the financial and practical support offered by Writers’ Bursaries and the Mentoring Scheme is more important than ever for Wales’ culture. The excellent response received this year is a clear indicator that our writers appreciate the value of these schemes as an integral part of their development as writers. “

Literature Wales Chief Executive, Lleucu Siencyn, said: “This year’s Bursary and Mentoring recipients represent the strength and diversity of writing in Wales, and outstanding literary talent. My tip for literary agents who are talent spotting and seeking the next big thing –  look at these distinctive voices from Wales. Through encouraging creativity, experimentation and risk-taking, we look forward to a wealth of new writing from Wales.”

Since 2004, Literature Wales has awarded over £1.3 million in Writers’ Bursaries, enabling 297 writers to develop their work in a variety of genres. The 2019 Writers Bursaries are funded by the National Lottery, through the Arts Council of Wales.

Phil George, Chair of the Arts Council of Wales said: “These bursaries tell an encouraging story about literary talent in the contemporary culture of Wales. The range of genres and subject matter, the mix of published and new emerging writers – all this points to a vibrant and challenging literary scene in our nation”.

To find out more about Literature Wales Writers’ Bursaries and other ways in which the national company for the development of literature supports writers and Welsh literature, visit our For Writers Pages.