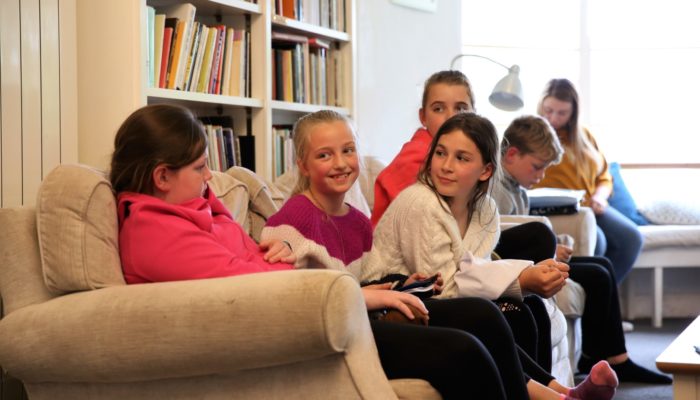 A different experience can trigger an idea. And an idea can lead to a poem, or a story, or a novel…This was what I was thinking when I had the idea of ​​hosting a Bardd Plant Cymru Sleepover at Tŷ Newydd Writing Centre.

As part of the Bardd Plant Cymru scheme I have been touring the country running poetry workshops in schools – mainly primary – and writing commissioned poems. Although this experience is wonderful (for me, and hopefully for the children!) I often think that it would be great to give the children a more comprehensive experience, take them somewhere to see something, give them a new experience, and then write about it.

Nowhere is more magical or special than Tŷ Newydd Writing Centre in Llanystumdwy. A whopping old house full of books, full of history, full of atmosphere (Lloyd George died in the library there!), so we made this idea a reality. A group of children. Tŷ Newydd. Staying overnight. Different experience. Lots of poetry!

Thanks to the flexibility and freedom of the Bardd Plant Cymru scheme, in June this year, a minibus full of children from Ysgol Abererch arrived. They were a group of year 5 and 6 pupils, boys and girls, quiet and talkative, shy and confident, some from Welsh speaking homes and others not.

I had planned a packed timetable for them – poor dabs! We wrote poetry about our best friends – simple list poems to start the day to raise confidence. Then down to the beach to look for inspiration – this was a surprise and the children absolutely loved it. 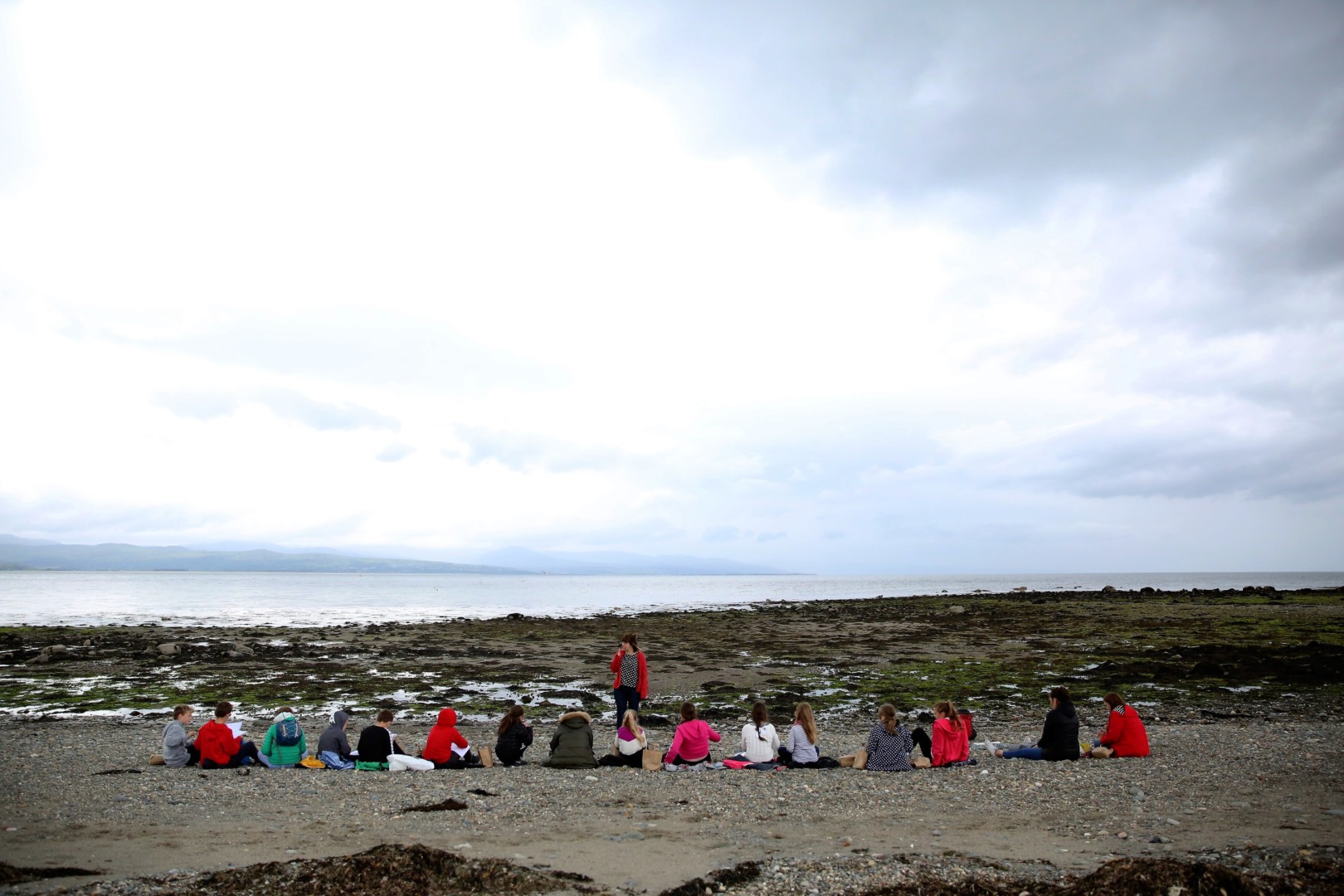 An opportunity to collect driftwood, shells and, of course, ideas. 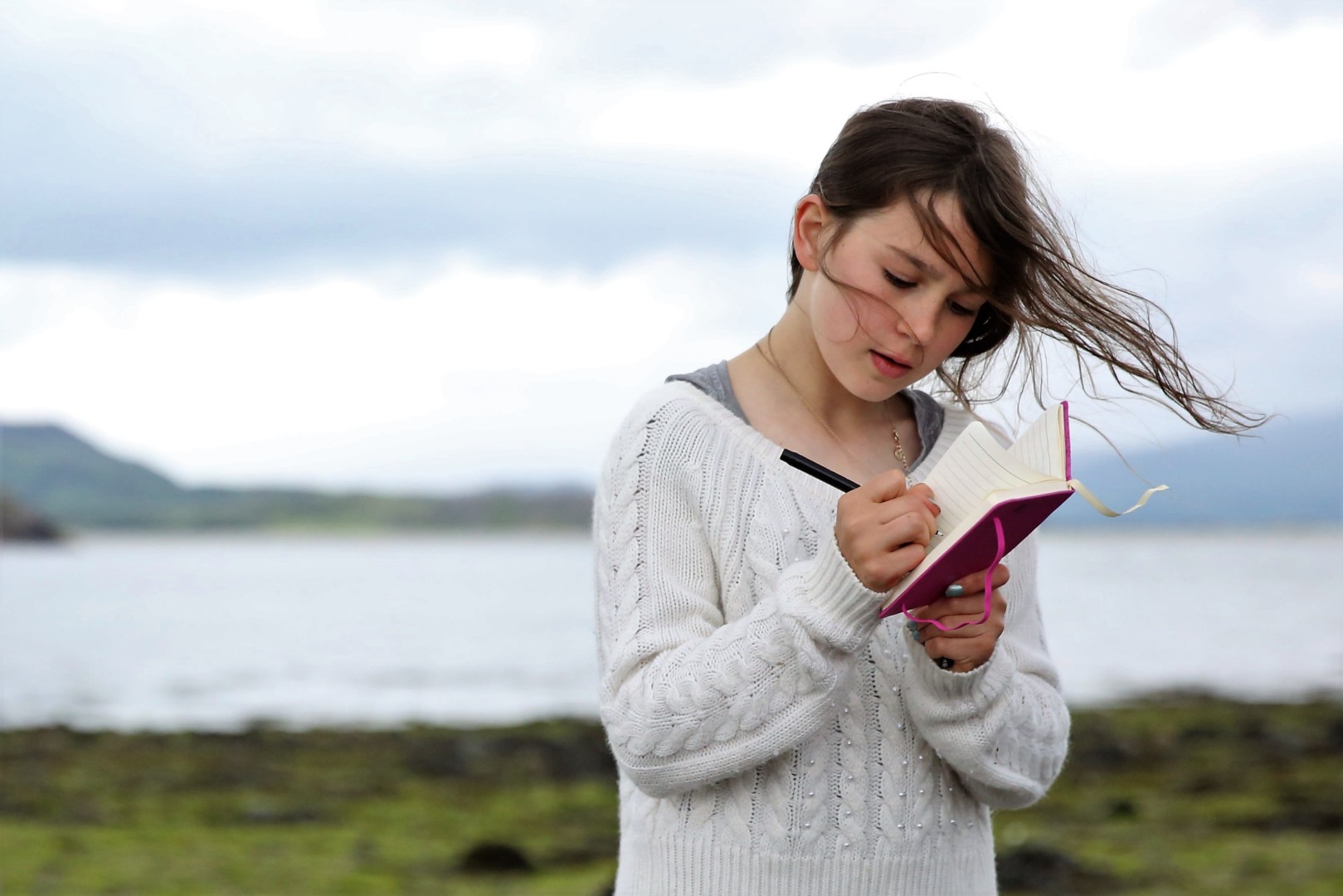 After enjoying a tasty picnic on the beach, we returned to the house to mould the ideas into poems, and great poems they were too. It became apparent that the children were very fond of having a pattern to follow and also liked working in groups or in pairs to write, rather than having to do it on their own.

After a full day of poetry, we settled down to watch the Wales v Hungary football match together in the library. The staff and I had so much fun listening to the children chatting during the game! “Mate, Ryan Giggs is class! ”

Yes, there was a lot of sweets. Lots of talking and laughter, and not a lot of sleep, but this was all an important part of the experience. Something different, fun; a positive experience to do with Welsh-language poetry. 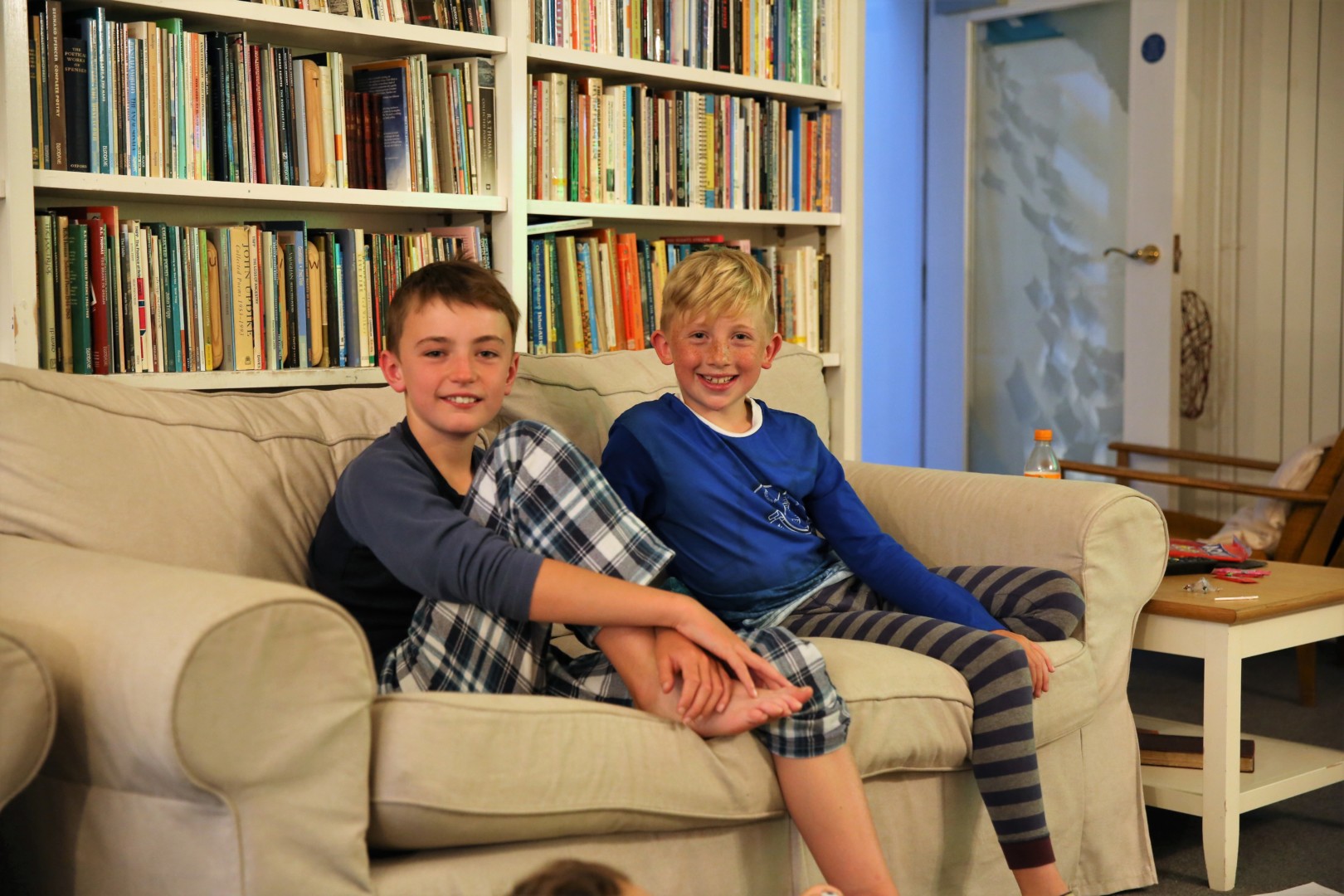 The next day after a hearty breakfast, we wrote poems about the game, practicing counting syllables and thinking about the rhythm of words and poems. I gave everyone a large piece of paper and divided it into columns and challenged them to collect vocabulary about the football game, words of one syllable, two syllables, three syllables, four syllables and so on.

After collecting the vocabulary, writing the poem was quite easy for them. 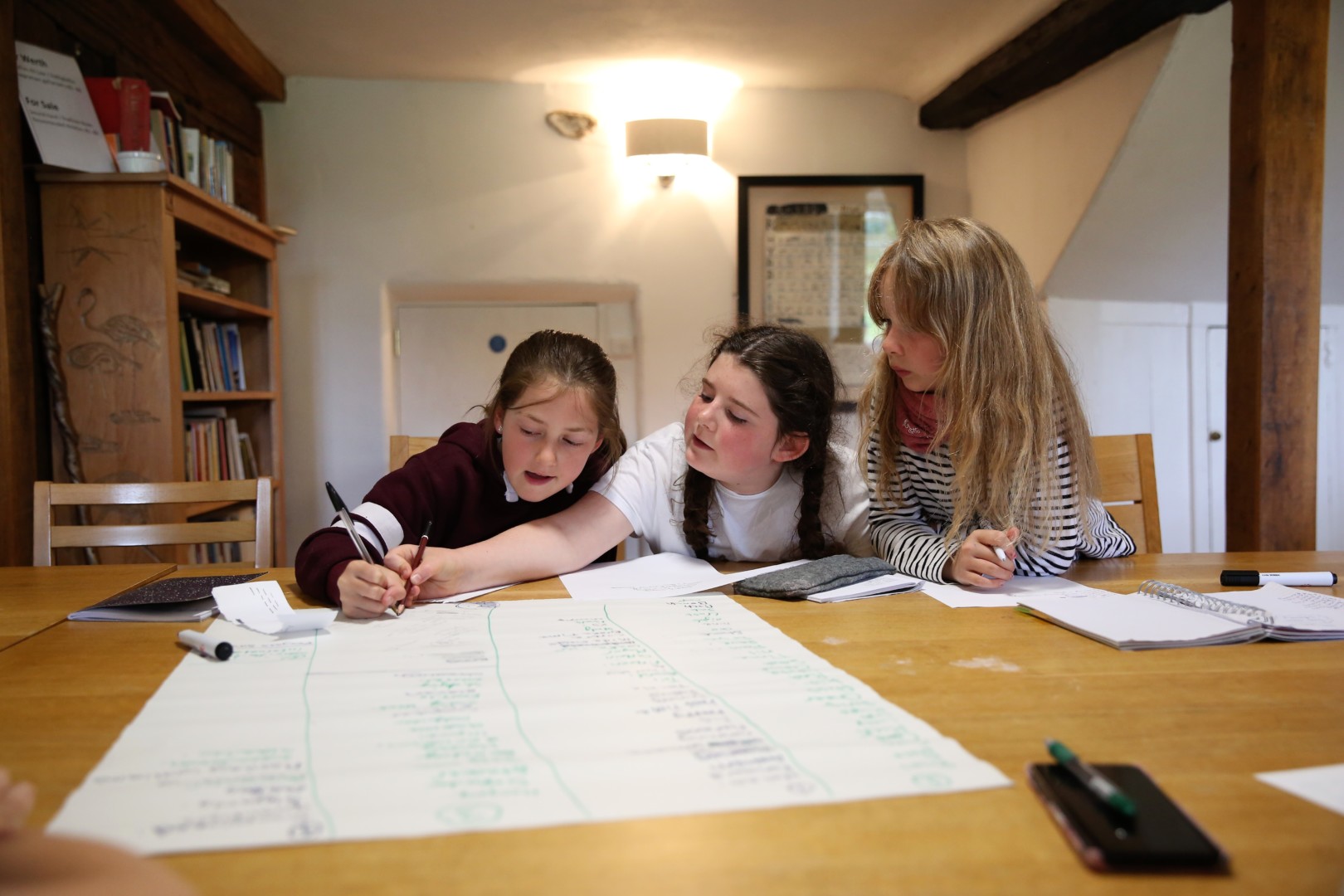 By the end of the trip everyone had written at least four very different poems each, some had written six. And thank goodness, everyone said they had learned something! Some enjoyed the rhyme session, some enjoyed writing the poem about their best friend, others really enjoyed the trip to the beach and the writing that followed.

For me it was a very special experience. There is something about that age… 8, 9, 10 years old. They are still children, still quite innocent, but somehow on the threshold of the rest of their lives. Listening to their ideas and helping them to put them down on paper as poems was a pleasure and a huge privilege. And the welcome (and food) we had at Tŷ Newydd was incredible. There’s nothing like hearing young laughter filling an old, old house. 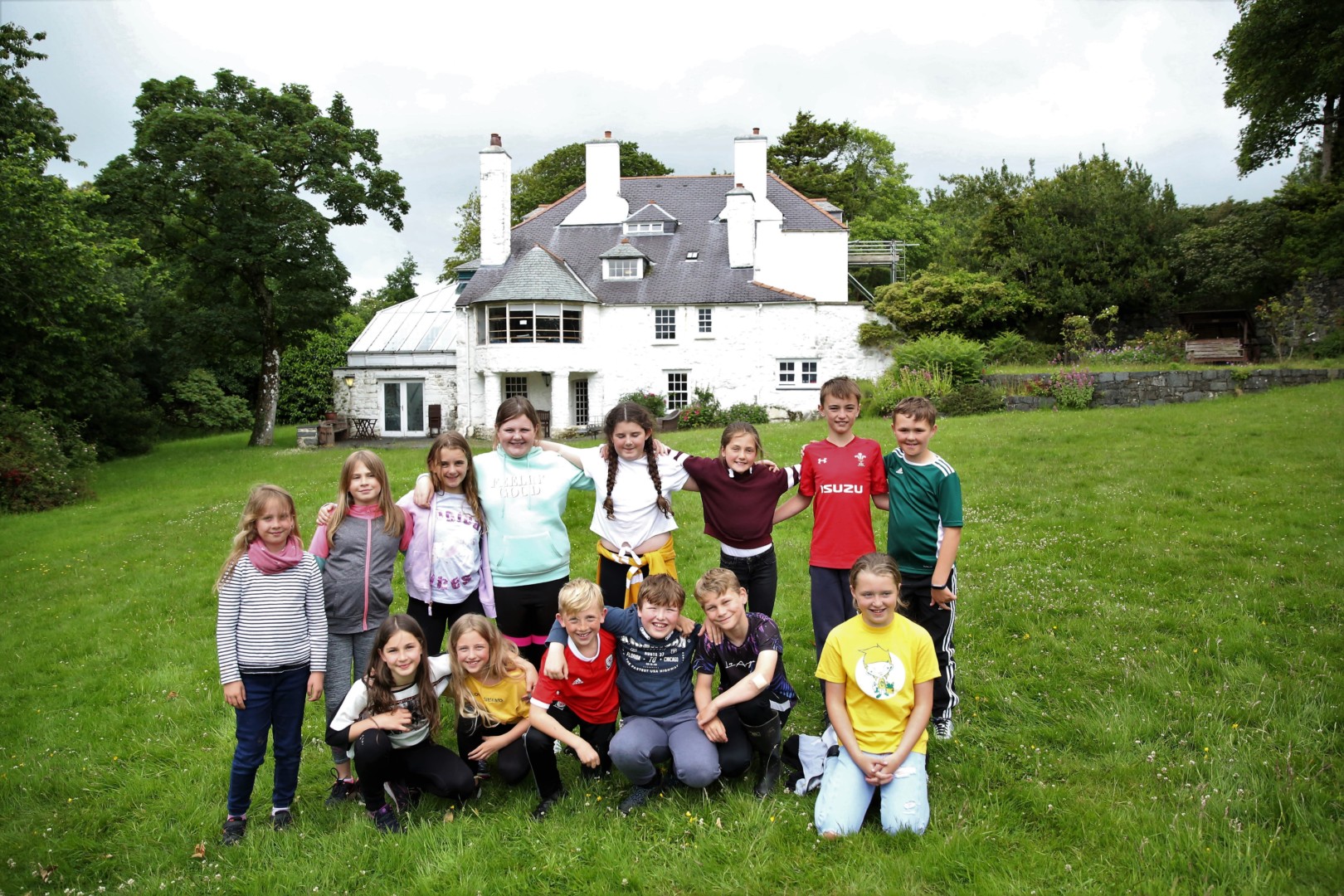