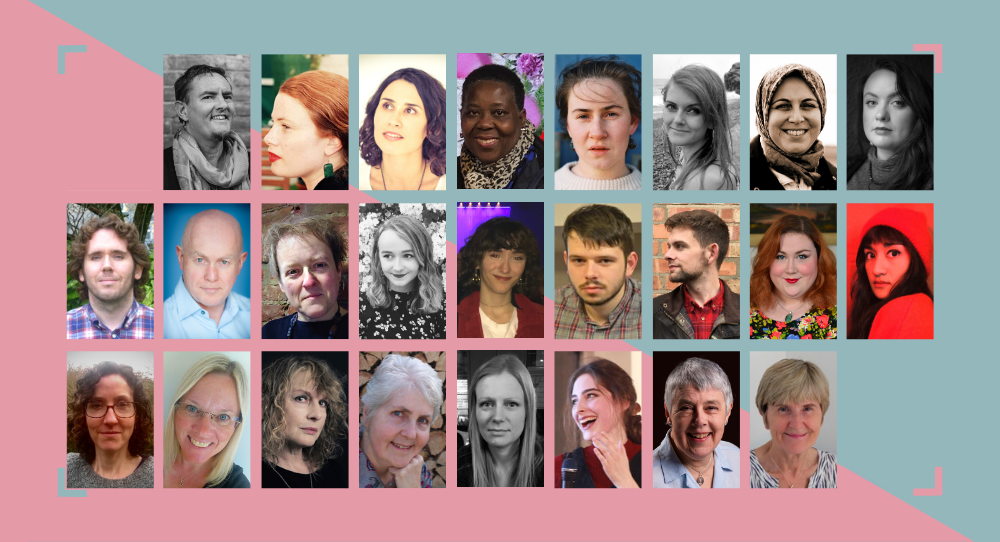 Literature Wales has announced its investment in diverse and innovative literary voices with its list of the 2020 Writers’ Bursaries and Mentoring Scheme recipients.

In announcing the names of 25 writers who will be supported this year, Literature Wales has strengthened its commitment to supporting early career writers in Wales, investing at the right time to maximise artistic and professional development. The awards will also enable some of our best-known writers to experiment with new forms and develop significant, innovative new work. The awards will see a wealth of new writing from Wales, including new voices from diverse and under-represented groups.

The Writers’ Bursaries and Mentoring Schemes are key activities under Literature Wales’ Writer Development Activity Pillar, where Wales’ writers are offered a number of opportunities to hone and diversify their skills, developing their creative and professional potential.

The range of issues addressed by the writers include current global and environmental concerns, while also engaging with a wide range of timeless themes, such as migration, journeys both physical and emotional, relationships, grief, death, all from a distinctly Welsh perspective. Global and domestic historical events which still resonate today such as the migration of the Windrush generation, colonialism and the 1984 miners’ strike, feature in some of the works in progress.

The awards offer support by enabling writers to focus on developing a specific work in progress across a twelve-month period, and genres include novels, short stories, young adult fiction, children’s literature, poetry, creative non-fiction and a Welsh-language graphic novel.

20 writers have been awarded fixed-sum Writers’ Bursaries of £3,000 each. These include 5 New Writer’s Bursary Awards, offered to early career writers who have not yet published a full-length volume of their own work: Efa Lois, Rachel Dawson, Sadia Pineda Hameed, Megan Angharad Hunter and Morgan Owen. In addition, Faye Latham has been awarded a Writer’s Bursary for a writer under 25 years old, and a Support Fund Bursary has been awarded to Bev Lennon.

Locations of the works in progress range across the globe, from Jamaica, across north America, to the Philippines, and post-industrial landscapes in Wales, both real and imaginary. Rachel Dawson’s lesbian coming of age novel Neon Roses is set in a fictional village in Wales during the 1984 miners’ strike. Bev Lennon will concentrate on developing her memoir, telling her story from her early years in south London before moving to south Wales, and learning to speak Welsh. Her family’s journey starts on another continent, as Bev’s family hails from Jamaica, and her parents came to the UK as part of the Windrush generation. Jamaica also features in Angharad Tomos’s Welsh-language YA novel, here used as a link between two young girls, one from Wales and the other from Jamaica, to explore the history of Wales’ relationship with slavery. Sadia Pineda Hameed’s work in progress To Make Philippines, written in exploratory poetic prose, blends fiction, novella and autofiction. Her own cultural heritage, relationships, language, culture and thought are examined.

Poets on this year’s list will experiment with form and subject matter; Faye Latham’s innovative poetic novel is focused around the colour pink; a bestiary of magical animals feature in Rhys Trimble’s planned collection. Academic Laura Wainwright will use her Writer’s Bursary to develop her first poetry collection, whilst Jonathan Edwards will seek to extend the formal range of his poetic work.

Beth Celyn, Abeer Ameer and Seran Dolma have been awarded a place on the Mentoring Scheme, which focuses on early career writers and talent development. They will be joined by 6 recipients of ring-fenced Bursaries (the New Writers’ Bursaries and Under 25 Bursary). The scheme will begin with a bespoke Mentoring Course at Tŷ Newydd Writing Centre in March 2020, followed by individual Mentoring sessions during the year, as well as opportunities to network with representatives from the publishing industry.

In addition, this is a pilot year for a new partnership between Literature Wales and the National Centre for Writing in Norwich, with support from Wales Literature Exchange, to offer translation opportunities for early career writers and literary translators. One place on the 2020 Mentoring Scheme is ring-fenced for literary translation. The role of the translator is crucial to foster cross-cultural dialogue, and it is hoped that this opportunity will enable Wales’ writers to reach new audiences, as well as contribute to internationalising the literature sector in Wales. This partnership will also facilitate an international writers’ exchange.

Susan Walton has been awarded a place on the Mentoring Scheme for literary translation, to work on her English translation of a Welsh-language literary novel. The award includes the opportunity for her to attend the National Centre for Writing Emerging Translators residential weekend in Norwich on 17-19 January 2020, while Polish-English translator Marek Maj from the Emerging Translators Mentorships 2019/20 cohort will join the Literature Wales Mentoring Course at Tŷ Newydd Writing Centre in March.

“It has been an extremely successful year: The number of applications received was the highest since Literature Wales began administering the Writer Development Scheme in 2004, and the high standard was very encouraging. As we face new and worrying social and cultural challenges, the role of writers to imagine and amplify a range of voices and experiences, is absolutely crucial. The Panel would like to thank the National Lottery who fund this vital support for writers of Wales through the Arts Council of Wales.”

“The range of voices and breadth of experiences in this year’s list is remarkable. I’m particularly thrilled that the younger generation as well as the female perspective feature so strongly in this year’s cohort. The support of the National Lottery via the Arts Council of Wales enables us to offer these opportunities, nurturing talent and creativity. We look forward to hearing new stories from Wales.”

Since 2011, Literature Wales has awarded over £733,000 in Writers’ Bursaries, enabling 208 writers to develop their work in a variety of genres.

The 2020 Writers Bursaries and Mentoring Scheme are funded by the National Lottery, through the Arts Council of Wales.

Phil George, Chair of the Arts Council of Wales said:

“Once again I’m delighted to see the diversity and range of writers that have received these Bursary and Mentoring opportunities. We’re seeing here the development of a vibrant, engaged literary scene in Wales. Both the emerging and the established writers are exploring imaginatively an important mix of subjects and ideas, sifting the preoccupations and challenges of our times. I look forward to reading the fruits of their creative work.”