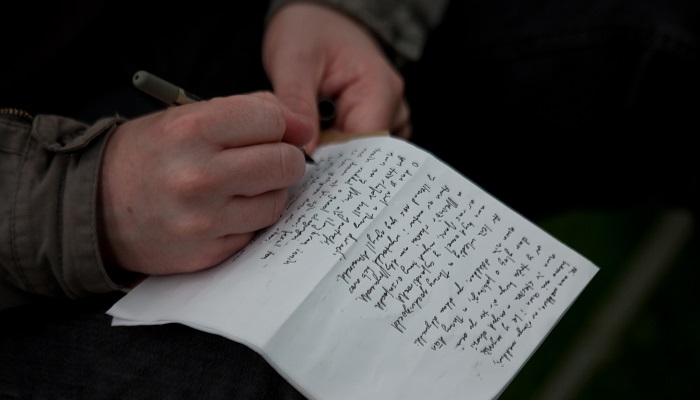 Emyr Young
Literature Wales has today announced its investment in new writing with a record number of first-time applicants among its female-led list of 2018 Writers’ Bursaries and Mentoring Scheme recipients.

In announcing the names of 25 writers who will be supported this year, Literature Wales stated that “these are unique and distinctive voices with powerful stories to tell”. The awards offer support by enabling writers to focus on developing a specific work in progress across a twelve-month period, and genres include novels, short stories, children’s literature, poetry, and a Welsh-language graphic novel.

20 writers have been awarded fixed-sum Writers’ Bursaries of £3,000 each. These include 5 New Writer’s Bursary Awards, offered to new and emerging writers who have not yet published a volume of their own work: William Gwyn, Joanna Jones, Elizabeth Wilson, Iwan Huws, and Jemima Roberts.  In addition, Briony Collins has been awarded a Writer’s Bursary for a writer under 25 years old, and a Support Fund Bursary has been awarded to Selena Caemawr.

In 2018, the schemes have an increased focus on new and emerging writers and talent development, including improved mentoring opportunities. Four writers have been awarded a place on the enhanced Mentoring Scheme: Cath Barton, Ellen Davies, Euros ap Hywel and Rhiannon Williams. Click here to find out more about these writers. They will be joined on this scheme by 6 recipients of ring-fenced Bursaries (the New Writers’ Bursaries and Under 25 Bursary).  The scheme will begin with a bespoke Mentoring Course at Tŷ Newydd Writing Centre in February 2018, followed by individual Mentoring sessions during the year, as well as opportunities to network with representatives from across the publishing trade.

Literary and poetry activists Rufus Mufasa and Selena Caemawr, both powerful performers on stage, will use their Bursary to develop their poetry collections. The current rise in the popularity of contemporary poetry is reflected in the list, as this year sees a record number of poets awarded through the scheme with Christina Thatcher, Emily Blewitt, Jemima Roberts, Elizabeth Wilson, Rosalind Hudis and Zillah Bowes working on new poetry collections.

Siôn Tomos Owen, drawing on his experience as a writer, illustrator and TV presenter, will seek to capture the life and distinctive voice of the people of the Rhondda Valleys in his Welsh language graphic novel, while writer and creative practitioner Durre Shahwar will develop her first collection of short stories.

Scriptwriter William Gwyn changes both genre and language, by switching from his native Welsh to English, to develop his new narrative voice in a transnational crime thriller which takes us from Cardiff across Europe to Venice. Katie Munnik’s bursary will enable her to focus on developing her second novel.

Work for children and young people is well represented on this year’s list, in settings both real and imagined. The increasingly dark undertones will challenge and thrill future young readers, who can look forward to time travel from the Underworld to present day south Wales, across oceans to Antarctica and beyond. Joanna Jones’ YA murder mystery is set on a fictionalised Orkney, while Stephanie Mahon’s YA novel is set in 1940’s Antarctica. Hayley Mills’ YA vampire novel is sure to chill and thrill readers in equal measure. Claire Fayers will develop her novel Storm Hound which leaps from the Underworld to modern-day Monmouthshire, and has just been accepted for publication by Macmillan Children’s Books. Iwan Huws will switch from writing song lyrics and translating books by other writers to developing his first Welsh language fantasy novel for children and young adults.

Sioned Williams, Chair of the Literature Wales Bursaries Panel, said: “This year a number of changes were made to the Bursaries award process, to ensure a greater emphasis on developing the writers who receive support from us. This clear, strategic and balanced approach was greatly welcomed by the Panel, as it underlines the importance and value of practical, professional support in nurturing and developing writers, alongside financial support. “

Literature Wales Chief Executive, Lleucu Siencyn, said: “This year’s diverse and strongly female-led list proves that talent doesn’t discriminate, and we’re proud that our Bursaries and Mentoring scheme offers practical support to this exciting range of writers whether they’re embarking on their careers or at the top of their game and striving for excellence. These are unique and distinctive voices with powerful stories to tell. Congratulations to all.”

Since 2004, Literature Wales has awarded over £1.2 million in Writers’ Bursaries, enabling 277 writers to develop their work in a variety of genres. The 2018 Writers Bursaries are funded by the National Lottery, through the Arts Council of Wales.

Dr Phil George, Chair of the Arts Council of Wales said: “It’s hugely encouraging to see such a strong and diverse list again this year. I’m looking forward to the mentored development of new talent; no doubt these are names to look out for. I’m also intrigued and excited to see how some of our finest writers will use this opportunity to evolve their own work.”

To find out more about Literature Wales Writers’ Bursaries and other ways in which the national company for the development of literature supports writers and Welsh literature, click here.