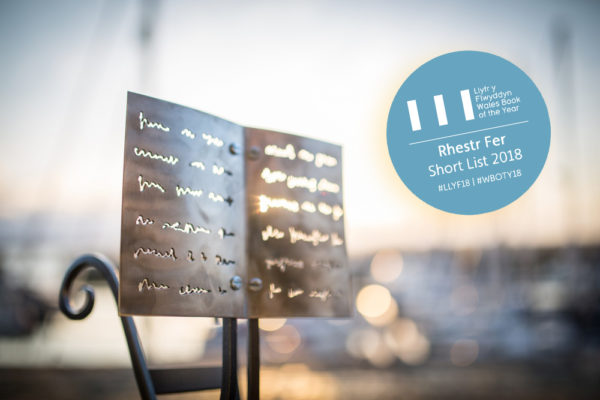 “from established names at the peak of their powers to the breakthrough of exciting new voices.”

After many months reading through Wales’ literary offerings from 2017, two independent judging panels have chosen their 9-strong Short Lists for both the English and Welsh-language Wales Book of the Year Awards 2018.

Administered by Literature Wales, the Wales Book of the Year Awards are presented annually to the best Welsh and English-language works in the fields of creative writing and literary criticism in three categories: Poetry, Fiction and Creative Non-Fiction.

This year’s Short List includes some of Wales’ biggest literary names, amongst whom are multi-award winning Horatio Clare; the National Poet of Wales from 2005 – 2006, Gwyneth Lewis; renowned novelist, Mihangel Morgan; and the foremost expert on the two literatures of modern Wales, Professor M. Wynn Thomas. Going head-to-head with established literary giants are those enjoying success early in their writing careers, including some of Wales’ most exciting debut writers.

From the frost-leaden Baltic Sea to a haunted house on the outskirts of fictional Aberdyddgu, to the misleadingly silent forests of northern Ontario, the 2018 Short List takes readers on many voyages of discovery. Here are titles which explore the many experiences of Wales and Welshness – its languages, communities and characters, its influences, landscapes and its stories; past, present and future. We see Wales as a “micro-cosmopolitan country” which houses eccentrics, revolutionaries, drug-dealers, wizards, introverts, and communists. Readers will learn about the world of flowers, of folk medicine, of the “last great modernist”, and spend time in the space between what is uttered and what is meant; between history, story and nullity.

Literature Wales is delighted to announce that the English-language Short List 2018 is as follows:

Read more about the shortlisted titles and their authors here

On behalf of the judging panel, Carolyn Hitt said: “For me the judging process has been challenging and inspiring in equal measures. We had to make some brutal decisions to whittle down our choices. But this a shortlist that reflects the diversity and quality of Welsh writing in English – from established names at the peak of their powers to the breakthrough of exciting new voices.”