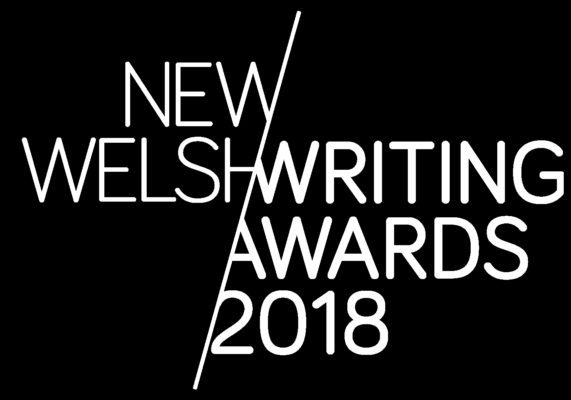 Ed Garland, who is currently studying for an MA in Creative Writing at Aberystwyth University, won with his collection of essays, entitled ‘Fiction as a Hearing Aid’ which expertly examines how literature can provide comfort and clarification to those with hearing difficulties. His prize comprises a £1,000 advance on an ebook deal, published under the magazine’s book imprint New Welsh Rarebyte, together with a critique by London literary agent and Awards partner Cathryn Summerhayes of Curtis Brown.

The Awards, unique to the annual writing prize calendar in its championing of long-form writing, celebrated the essay collection form this year. Since its inception in 2015, the Awards has received well over 200 entries; the winner in 2015, Eluned Gramich who won with Woman Who Brings the Rain, went on to be shortlisted for the Wales Book of the Year in 2016. This year, New Welsh Review editor Gwen Davies judged entries with the help of students from Aberystwyth University.

NWR Editor and Awards judge Gwen Davies says of Ed Garland’s winning collection of essays that it is “an intelligent, rigorous, personal, humorous and compelling presentation of words as soundscape.” Gwen went on to explain that his entry rose to the top because of Ed Garland’s ability, in renowned essayist Eula Biss’s words, to be a “Citizen Thinker”.  Gwen says that this was apt “in the Welsh context in which we run both our magazine and these writing Awards. This is a place where nationhood and communal ties help build a writerly community and a sense of responsibility among both readers and writers towards where we live as well as making us acutely aware of those British and global issues that affect, reflect and challenge our values, which include tolerance of and support for difference.”

Our three-minute animation [https://vimeo.com/271450997] of ‘Fiction as a Hearing Aid’, made by Aberystwyth University graduate Emily Roberts, uses gentle typography, music and sound to amplify the themes of which Ed Garland so beautifully writes.

The second and third place essay collections carefully interweave themes of time, history, architecture and communal acts of art and making as well as examining the role of the artist in the public sphere.

Second Place was awarded to Alex Diggins (Bristol) for ‘Sea Change: An Argument in Six Parts’ in which the central concept of keeping an open door to wilderness and the spirit is clarion clear. Alex will receive a week long residential course at Tŷ Newydd Writing Centre and a subscription to New Welsh Review.

Third Place was awarded to Nicholas Murray (Presteigne) for ‘Writing and Engagement’ a series of essays which balances literary professionalism with vivid journalism and personal voice. Nicholas wins a weekend stay at Gladstone’s Library in Flintshire and a subscription to New Welsh Review. All three shortlisted entries will be published in extract form in the Autumn issue of New Welsh Reader 118 to be published on 1 September 2018.

At the ceremony, Gwen Davies also reminded those present of the winner of the New Welsh Readers’ Poll 2018: Best Essay Collection which was announced earlier in May: The Dragon Has Two Tongues by Glyn Jones and edited by Tony Brown (Dent/University of Wales Press) won, with over 30% of the public vote.

The New Welsh Writing Awards 2018 are sponsored by Aberystwyth University, the core sponsor and host of New Welsh Review, and are run in partnership with Curtis Brown, Gladstone’s Library and Tŷ Newydd Writing Centre.