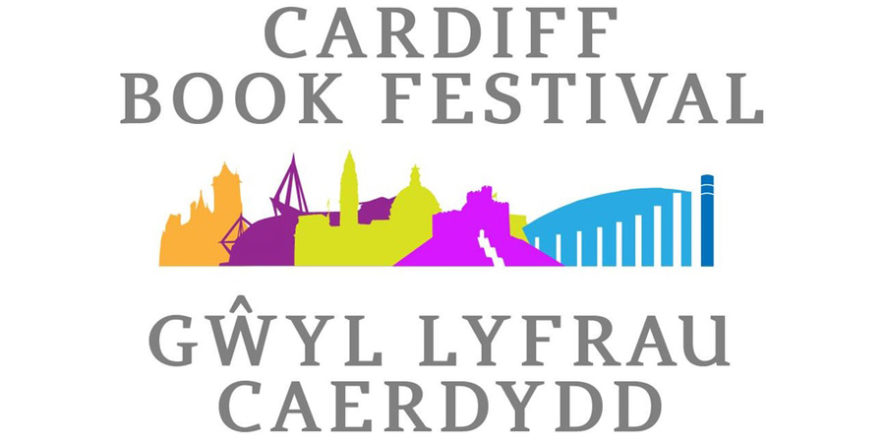 GQ editor Dylan Jones headlines the Friday night in conversation with NME editor Mike Williams about his upcoming book David Bowie-A Life, an engrossing, magisterial biography drawn from Jones’ interviews with the enigmatic star and over 180 interviews with friends, rivals, lovers and collaborators.

Cardiff-born literary agent Cathryn Summerhayes from Curtis Brown will be hosting a Pitch in the Pub session in the Angel Hotel’s pub The Castle Arms, where aspiring writers can pitch their future bestsellers over Twitter and in person.

Ever wondered how Lady Macbeth’s torment or Cinderella’s sunny disposition were influenced by their DNA? Either way, join Green Man Festival as their Library of Imagined Genes, a biobank containing genetic samples of fictional characters, takes over Cardiff Central Library for the day.

Saturday morning sees local historian Neil M. Sinclair share tales from Tiger Bay, with one of the founding fathers of the British games industry, Ian Livingstone taking to the stage in the afternoon.  Livingstone launched Games Workshop, Tomb Raider and the Fighting Fantasy gamebooks which have sold almost 20 million copies worldwide, and will reflect on his career as his new book The Port of Peril marks the 35th anniversary of the series.

Cardiff’s own Sunday Times bestseller Kate Hamer, author of The Girl in the Red Coat and The Doll Funeral follows Livingstone,  before Marcel Theroux discusses his latest novel, The Secret Books, an epic adventure through a world of spies, propaganda and revolution in a mystery about the lost years of Jesus Christ.

Adam Kay, a junior doctor turned sold-out Edinburgh Fringe comedian, Radio 4 The Now Show regular, and writer for shows including Mrs Brown’s Boys, will share stories from his new book. This Is Going To Hurt is a first-hand account of life as a junior doctor in all its joy, pain and sacrifice and a love letter to those who might be holding our lives in their hands.

Adam will be joined by Dr Dean Burnett, a doctor of neuroscience at Cardiff University who moonlights as a comedy writer and stand-up comedian.  Whoopi Goldberg’s production company has bought the rights to his book The Idiot Brian, which celebrates the imperfections of the human brain in all their glory, and the impact of these quirks on our daily lives.

In Visit Wales’ Year of Legends, Horatio Clare re-tells ancient tales from the Brecon Beacons and his new Myths and Legends book, including Arthur and his Slumbering Knights, the White Lady of Tretower Court and the gory tale of Black Vaughan.

Pulitzer Prize-winning journalist James Ball will tackle the fake news post-truth world covered in his book How Bullshit Conquered the World, while a special event will remember First Minister Rhodri Morgan as his memoir is released to coincide with the 20th anniversary of the vote that created the National Assembly for Wales.

The co-creator of the hit TV show Hinterland/Y Gwyll,  Ed Thomas, and the photographer David Wilson will be in conversation on how the west Wales landscape inspired the noir detective drama which has taken images of Ceredigion to televisions in over 100 countries throughout the world, as documented in the book Hinterland: Ceredigion Landscapes.

The rest of the programme includes:

Tickets: Weekend wristbands which get you into every event* are available at the early bird price of £25 until 14 July and £30 until 18 August with tickets for individual events starting at £5 for adults and £3 concessions from www.cardiffbookfestival.co.uk

*first come first served if events are oversubscribed. Not including writing workshops.

The Gods Are All Here